Niwot forensics team builds on past toward the future 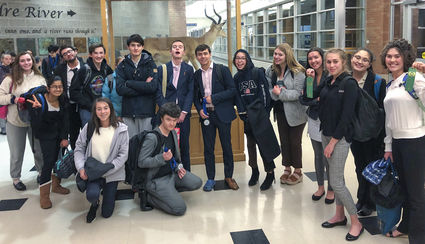 Niwot Forensics has been experiencing a lot of success recently, but more than that, the students have been loving the support they give each other and the fun they have together.

Over the years, speech and debate kids have often joked, "We don't cut up dead bodies, but we might quote them."

First founded in Wisconsin in 1925, the National Speech & Debate Association, formally known as the National Forensics League, sought to motivate high school students to participate in speech and debate activities. Six years later, in 1931, the first tournament was held at Ripon...