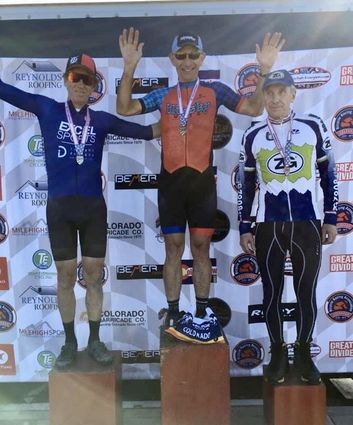 Niwotian Doug Richards stands on the winner's podium on November 24, where he came in first in his division while competing at the state cyclocross championships.

Doug Richards' cyclocross skills took him to first place in Colorado in the 60+ men's division on Nov. 24 and then on to the USA Cycling Cyclocross National Championships in Washington State where he finished 20th in his division. After riding cyclocross for almost 10 years, he attributed his success this season to having worked with Coach John Mansell, who added structure to Richards' training...