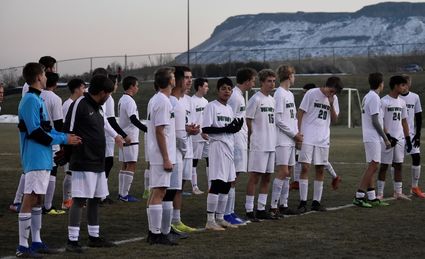 The Niwot boys soccer team faced Golden in round two of the Class 4A state playoffs on Nov. 5.

The Niwot boys soccer team found themselves on the wrong side of a quick start and some fortuitous bounces against Golden on Nov. 5, and the resulting 3-0 loss brought an unhappy end to the Cougars' playoff run that started so optimistically just three days before.

"We just needed to weather that first storm," head coach Steve Dimit said afterwards. "We've been doing a pretty good job of that all season, but this was one we did not weather."

The Demons outworked Niwot's defense for their first goal in the 10th minute, and then struck again after a misplayed direct free kick just two minutes later. They added the third and final goal in the 26th minute, when a handball in Niwot's box resulted in a Golden penalty kick.

Niwot's attack regrouped and pushed into Golden's zone during the latter part of the half and the first part of the second half, but couldn't capitalize on chances by Keegan Stobbe and Jared Osteen.

"We grew into the game," Dimit said. "We got better, and played with a lot of pride."

Senior defender Manny Soto was also proud of the way his team played even after the game was out of reach.

"It was hard in the first 15 or 20 minutes when they scored three on us, but we battled, didn't give up, and worked as a team. We tried to comeback, but it wasn't enough at the end of the day. Everyone left everything on the field."

For Dimit, the loss doesn't diminish his team's performance during the 2019 season, which was fraught with struggles in the opening weeks.

"The work that we had to do here was super impressive, and we were a super resilient team. To have our backs against the wall so many times, and to have to win so many times in order to get where we wanted to be, the guys pulled it off over and over again." 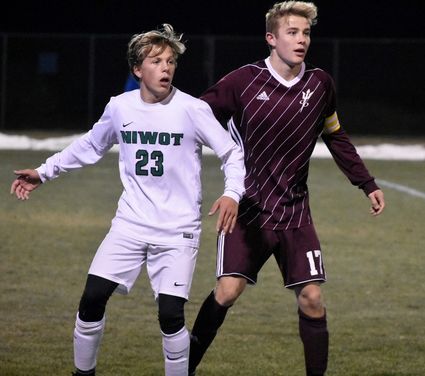