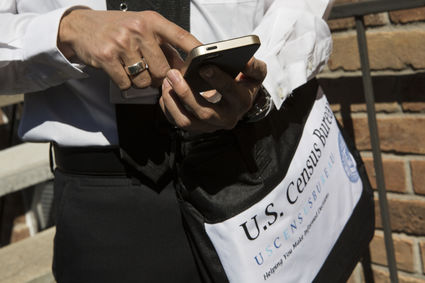 Everyone needs to participate in the 2020 census.

In 1870, armed with a pad of census schedules, steel nib pens, and ink, P. D. McClanahan set out to single-handedly count Boulder County's citizens. He was not overly concerned about accuracy, but it is safe to say his approximation of 1,939 people living in Boulder County was not far off.

One hundred and fifty years after its first census, our county's population has risen to over 320,000 residents. We may not run the risk of spilling our ink bottle over the records, but the 2020 census poses some unique challenges.

The United States Census was written into the American constitution in 1787 and executed for the first time in 1790. Every 10 years since, officials orchestrate a tremendous nationwide effort to count and document every person residing in the country.

2020 is the first census that will allow residents to self-report online. But that won't eliminate the difficulty of trying to connect with the hard-to-count populations-children under the age of five, highly mobile people, non-English speakers, people experiencing homelessness, people with mental or physical disabilities, and people who do not live in traditional housing.

"Our goal is to count everyone once, only once and in the right place," says local Census Media Specialist, Laurie Cipriano. Challenges specific to 2020 include an increasingly mobile society and one wary of sharing personal information. In this digital age, when demands for peoples' time and attention abound, the census may struggle to compete.

But it is imperative that every resident make an effort to participate. The census determines how $675 billion of taxpayer money will be spent on public services like schools, hospitals, and roads. Not participating is, in Cipriano's words, "throwing money away."

Also, the census is used to redraw the boundaries of congressional and state legislative districts and to determine our presence in the House of Representatives. With the state's recent influx of new residents, Colorado may stand to gain another seat.

So how can you help?

First, participate. In March of 2020, households will receive a mailed invitation to respond to the census online-certain households also will receive a paper questionnaire. The delivery of these invitations will be staggered to help spread out the number of users filling out the census online. Those who don't respond will receive a mailed reminder in mid-March, late March, mid-April, and late April. Only then, if there is still no response, will census workers be deployed to collect the information in person.

All households will have the option of responding online, by mail, or by phone, and all of the data collected remains confidential.

You can also help by working for the census. With the national unemployment rate sitting around 3.6%, it may be hard to find enough labor to run it effectively. "Being a census taker offers good pay, flexible hours, weekly pay, paid training, and reimbursement for approved expenses, such as mileage," Cipriano said. Available positions include census taker, recruiting assistant, office clerk, and supervisory staff. Training for these positions begins in March and work runs roughly until the end of July. In Boulder County, employees can expect an hourly wage of $16.50 - $20.50.

Ultimately, the success of the census is in our hands. As Cipriano says, "The 2020 Census belongs to everyone and we need the public's help to be successful."

If you are interested in census jobs, please visit: https://2020census.gov/en/jobs.html