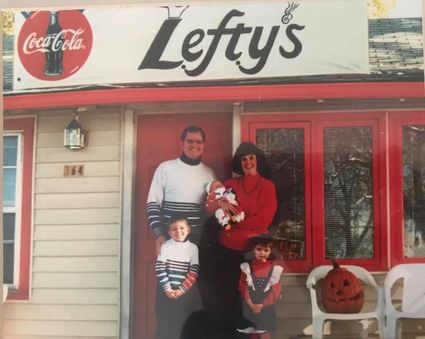 Our town is home to many noteworthy eateries offering mouthwatering dishes and a place to catch up with family, friends and neighbors. But no place has seen our town's transition quite like Lefty's Gourmet Pizza, on 2nd Avenue and Niwot Road. This pizza place has been a staple in the community, and, for the past 25 years, has outlasted even some of Boulder County's most-famed former establishments.

Former astrophysicist, Lefty Harris, moved to Niwot almost three decades ago with his wife and taught at the University of Colorado. One evening, in desperate need of a delivery pizza, Lefty and his wife realized the closest one was in Boulder. As they drove to pick up this far flung pie, Lefty noticed a quaint, charming abode sitting quietly at the beginning of 2nd street. Both he and his wife noted that it would make the perfect place for a pizza delivery shop. At the time, the house belonged to first grade teacher at Niwot Elementary Nancy Reese, but after some negotiation with both Reese and various banks, Lefty secured funding and opened the shop.

Many have memories at Lefty's Gourmet Pizza and Ice Cream, and, if not of the pizza, we all have a tale or two from a lively encounter with the shop's gregarious owner. Of owning the restaurant in this small yet bustling town, Harris said, "It's been an honor to serve the people in this community. Of all the places they choose to break bread at, they've chosen ours."

The shop has been through its own series of highs and lows, like many other Niwot establishments, but has held on through each dip because of its adaptive, creative owner and experienced staff. Through the changing times, Lefty has learned almost everything there is to know about running a small business and takes pride in his commitment to his business, product, and customers. "We've only been closed two days in 25 years out of days that we should have been open - the blizzard in 2006 dumped 36 inches of snow. We've been out of electricity, had no phones, no gas, but still, we stayed open." 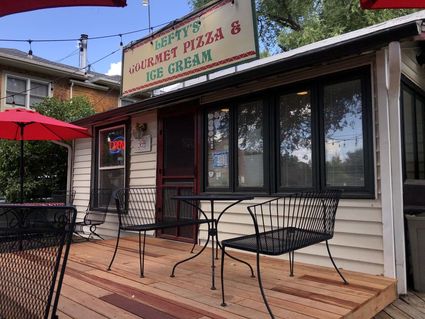 Lefty's Gourmet Pizza and Ice Cream (364 2nd Ave) has been a part of Niwot for a quarter of a century.

Throughout its storied history, Lefty's has chalked up a few fishing stories that are more than just tall tales. The longest delivery made was to Sioux City, Iowa and consisted of four, 18-inch pies. The farthest anyone ever drove for a Lefty's pizza was from Phoenix, Ariz. Lefty met Joy and Johanna at multiple travel industry meetings and eventually, "They got tired of hearing me talk about how good our pizza was so they had a free weekend and drove up."

When Lefty's first opened, the store offered eight specialty pizzas. Now it boasts 21. A new and improved dining room, patio, deck, and bathroom make the restaurant feel modern, yet just as homey as it's always been. Lefty's Gourmet Pizza and Ice Cream takes part in giving back to the community by donating pizzas and gift cards to local establishments and events.

Lefty doesn't have a particular plan laid out for the near future, but he wants the restaurant to continue its trend of supporting and bringing together this special place we call home.