Student-athlete of the Week: Andy Worrell

Series: Student-Athlete of the Week | Story 12 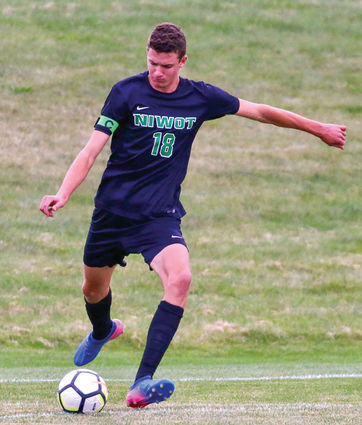 Senior defender Andy Worrell had the game winning goal for Niwot in their 1-0 win over Littleton on Sept. 24.

Scoring goals isn't Andy Worrell's specialty, but the Cougars' defender knows a good opportunity when he sees it. Luckily for the Cougars, the 6'-6" senior was uniquely positioned to take advantage of one against Littleton on Sept. 24.

"Carter [Kruse] played me a great ball across and I knew they couldn't rise up as high as me, so I just went up and tried to make a play," Worrell said of the heads-up play that broke a 0-0 tie in the second half. "It came off my shoulder more than my head, but no matter how it comes off, a goal is a goal. Being able to rise to the occasion when the team needed a boost the most is awesome."

Worrell's goal eventually stood as the game winner, and may have saved Niwot's season. A loss to the Lions would have meant a big drop in Niwot's Class 4A RPI ranking, possibly putting the postseason out of reach. In the week since, Niwot has improved to 5-4, and Worrell can feel momentum shifting for the Cougars.

"We had a hard schedule to start the year, but we've learned from it and have made steps in the right direction. Now it's all about getting better each and every day, and making that push into playoffs... But I know if we keep growing, we will like our position at the end of the season."

According to head coach Stephen Dimit, the Littleton game isn't the first time Worrell provided a timely boost to his team in 2019. The veteran defender has emerged as a vocal leader for the Cougars this season, both on and off the field.

"He was the guy getting everyone together over the summer to train and improve," Dimit said. "His team trusts him to give everything he has for the group, and they know that he is always going to lead with his voice and by example. He has also forged a great partnership with his other center back, Carter Kruse, who sent him the ball, and it was great to see the two of them connect for a game winner."

When he's not patrolling the backfield for Niwot, the cheery Worrell engages in a wide variety of activities, from snow-boarding to volunteering with at National Sports Center for the Disabled, in order to avoid becoming "one-dimensional." He has also kept his options open in the classroom, with a mixed course load of AP and IB courses in his senior year. After graduation, he plans to study business at CU or NYU, and would like to eventually pursue a career in sports management.

However, unlike many of his peers, Worrell wants to make the most of his final year in high school, rather than gaze too far down the road. 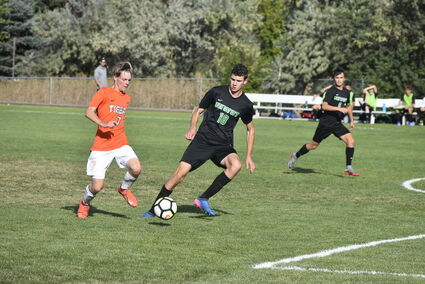 "Enjoying what you're doing is important, and I think senior year is a great time to continue to grow and learn about who you want to be," he said. "So enjoying each day and not stressing about school is important for me. I like to keep things in perspective, and in the long run, I know to enjoy the little things and not worry too much if I'm having a good time."