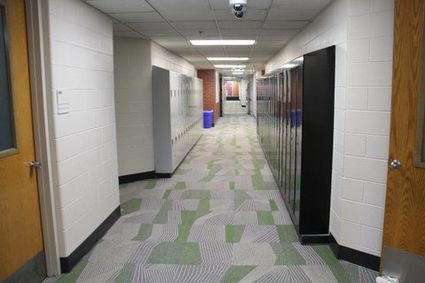 Photo by MacKenzie Demmel The corridors at Niwot High are in the process of getting a makeover, including a much needed refresh of the 47 year old carpet.

Niwot High School was first opened in 1972. Since then it has provided a great learning environment for students taking traditional, AP, and IB classes. It also has never had new carpet, until now. The old carpets have been replaced with clean carpets that are laced with a vibrant green.

“I’m excited for an open floor plan to ease student congestion during passing periods,” said Mrs. Moore, a teacher at Niwot for 17 years. “Plus, it’ll be nice to have spaces for students to hang out socially and work together.”

Before the construction, students would meet with their friends in the commons, library, and senior pit, an open space two steps down from the rest of the level, surrounded by lockers. While the area wasn’t very large, it was a popular place to hang out. Now, the lockers have been removed and the floor has been leveled out, so there’s an empty space where the senior pit once was. 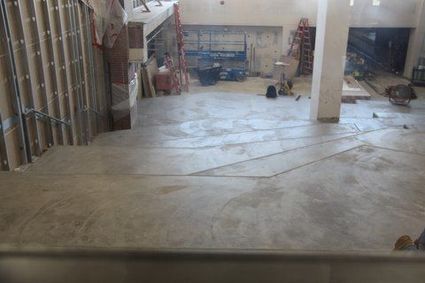 As a replacement, cascading, modern stairs are being constructed. This installment will function more like terraces than stairs, because there will be different structures for students to sit on. There will also be outlets so students can charge their technology. The administration hopes that students will utilize this area as a place to meet during lunch, off blocks, and passing periods. However, the project won’t be complete until the end of the school year, and with the with the library also under construction, the hallways and cafeteria are bound to remain crowded.

MacKenzie Demmel is a Niwot High student who is thrilled about the changes taking place. She hopes to have a construction-free school by the time she graduates, but until then, it’s exciting to see the improvements being made.