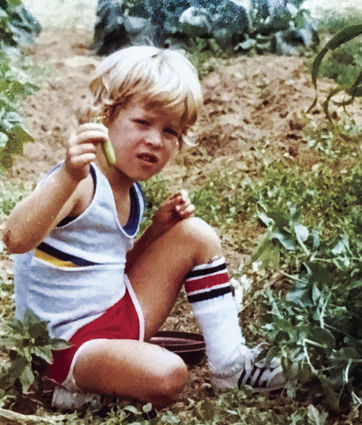 When I was a kid growing up in Niwot, back in the olden days (aka the 1980's), there was an annual summertime event which I'm sure longtime Niwot residents remember well and fondly called Niwot Nostalgia Days.

It was a weekend's worth of events and activities for young and old alike, loosely centered around that theme of nostalgic remembrance and revival for Niwot's rural foundings; but it was also, by and large, just a community taking a weekend to celebrate itself.

One particular year, one of the events was a series of bike races for kids, grouped by age, around the track up at the high school. Which sounded fun, sure, but I had no delusions about winning, I knew there were kids my age who were bigger and stronger than me.

But some imaginative thinker had added a twist: in addition to the normal first-to-the-finish wins, there was a second competition, a last-to-the-finish wins; a slow-bike race. Down a short, probably 30-yard section of track; your feet couldn't touch the ground, and you had to stay in your lane.

And I saw an opportunity; the slow-bike race intrigued me. So I practiced for it. On my much-loved Diamondback BMX, up and down our long driveway, out into our street, Pebble Court; I rode my bike, not very far, and very slowly. No, not for hours on end, not like that; but enough to get a feel for the mechanics of it. I had no idea of the competition, of how it would go; but it was that quality of the unknown, that caught my attention.

Race day came. I lined up for the normal race, pedaled as hard as I could around the track, finished third out of four racers, well behind the front-runners as I'd expected.

Then, the slow-bike race. The line-up across the track: ready, set, go!... absorbed, concentrating, it wasn't until a few yards and several seconds had passed that I looked up...and saw that I had left the others behind in my reverse- time dust. No one else had a clue about how to slow-race, practically barreling down the track ahead of me. I won by a slow-country mile.

The prize was a Domino's pizza-warmer bag, and that I got to choose my popsicle first, before the others. I knew I would choose green, as always. But I paused, pretended to be in deliberation; I took my time.

Jeremy Jaeger was raised to adulthood in the environs of Boulder County, then he left to discover the world. He left and came back repeatedly, to spend time gathering what only roots can give, before he would set out again. Returned again now to stay as long as he can, he feels compelled by his nativity to speak on the changing nature of this place.