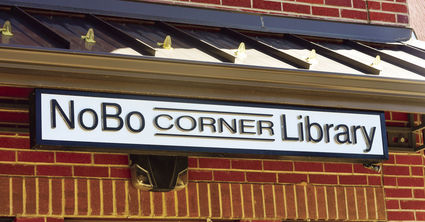 The NoBo Corner Library (4600 Broadway) is the newest branch in the Boulder system. If approved, a districting scheme would raise enough money annually to cover current operating costs for the five existing branches (Main, Carnegie, Meadows, Reynolds and North Boulder), plus allow for new facilities in Gunbarrel and Niwot, depending on community interest.

Opting to avoid "a big fight with city council," the grassroots organization pushing for the creation of a regional library district has decided to withdraw its petition to add the measure to the 2019 Boulder County election ballot.

Speaking at a gathering of supporters on July 28, Joni Teter of the Boulder Library Champions said that group's leadership started getting concerned after it became clear that the nine-member Boulder City Council still had reservations about the proposed district, which spans the city limits, plus the unincorporated areas north and west of town, including Niwot. Then, in June, city manager Jane Brautigam requested that the group put its efforts on hold for this year, citing the many unknowns still surrounding the potential new entity.

"We had a great study session with council in November where they asked the right questions, and they teed up the right issues, and we thought it was a great start," Teter said. "And council's done nothing since, which is key to why we had to do a change in strategy. They did not schedule anything on their agenda since November, so all of those good questions and issues are kind of sitting there.

"From Brautigam's standpoint," Teter continued, "if it passed in November, she would then have 90 days to answer all those questions that were teed up last fall, and do all the work to set up the district, and she'd be doing this as they're seating a new council with at least four new members, and in the middle of their budget cycle. And she just said, 'we can't do this'."

Brautigam didn't send the BLC away empty-handed, however. In return for withdrawing their petition, she agreed to help ensure that the nearly 800 signatures the group gathered during its spring petition drive could be used in support of a similar initiative in 2020. She also agreed to recommend that sustainable library funding be a top priority in next year's budget "with a big community conversation."

The Champions' strategy for getting a library district passed in 2020 is to make the city's budget a focal point of that conversation. According to Teter, some city council members have been reluctant to support the measure because it adds a levy "not to exceed four mills" to area property tax bills. Four mills translates to $28.80 per $100,000 of assessed residential property value, or an additional $230.40 for a home in Boulder County valued at $800,000.

"Right now it's being framed as 'do you want to raise your property taxes' to support the library, which is not necessarily the best framing for the library," Teter said.

To counter that, Teter said that the BLC plans to stress the budget savings the city will realize from a separate library district. According to the group, funding the library through a property tax levy will return $10-15 million to the city's general fund, which could be reallocated to other services or even rebated to residents. The future district also shifts a significant share of the library funding burden to the 40,000 patrons who live outside of the city limits. She said BLC hopes that message will resonate with taxpayers frustrated by rising assessments, and the council members who represent them.

"That's the conversation we need to have," Teter said.  "It's about what's going on in the city budget and how a library district fits into it, and how the library district is not only a better way to fund the library, because we have all patrons paying for it, but it can also help the city's budget."

BLC is also planning to make the library district a focal issue in this fall's city council election. Four new members will be chosen in November, and Teter said that educating candidates and voters about the budgetary and other benefits of the district will be among the group's imperatives in the coming months. They hope to hold candidate forums, and are also considering issuing formal endorsements, after clearing some campaign finance red tape. They will also be escalating the petition drive, with a goal of 4,000 signatures, even though its spring drive resulted in more than enough to make the ballot.

"We made a judgment not to make it a really big public thing, though, because we didn't really want to get in council's face," Teter said of their first round of petitions. "We thought they might still be working with us... But if you get signatures from 10% of voters-about 3800 in this case-then the county has to pay for half of the election. So we thought that's a good target to shoot for, since we now have a year to collect signatures. And more signatures are also very helpful to get elected officials to recognize something."

Teter said the group feels it is on a "positive path" despite the abrupt change in strategy, and is confident that voters will finally get a say on the potential library district. Now, the goal is to get those voters to say 'yes.'

Boulder Library Champions is now recruiting volunteers and supporters. If you would like to help bring a library district to Boulder County, visit boulderlibrarychampions.org/volunteer