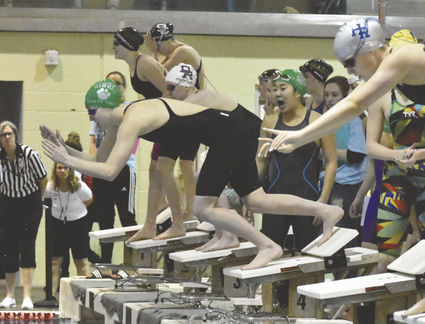 With just one year of high school swimming under her belt, Mary Codevilla has already put her name among the top swimmers in the nation. The Niwot freshman swam her way into the top 100 in the country in the 200-yard individual medley and 500-yard freestyle, becoming a National Interscholastic Swimming Coaches Association (NISCA) All-American.

Codevilla, who won an individual championship at state last year, has undeniably excelled in her young career. Niwot girls swimming coach Sarah Stamp enjoyed Codevilla’s success and what it means for the program.

“It’s just incredible to have someone who just finished their freshman year be among the top 100 swimmers in the country in two events,” said Stamp. “It certainly puts us on the map in terms of having an athlete who gained this recognition.”

Entering her 11th season leading the program, Stamp found it difficult to recall a freshman with so much talent come through Niwot. According to Stamp, Codevilla quickly became a well-rounded swimmer. She is more than capable of flashing her speed in both short and long distance races.

“It’s pretty rare to have someone come through that is that fast,” said Stamp. “And certainly as a freshman and getting it in two events, it’s pretty phenomenal.” 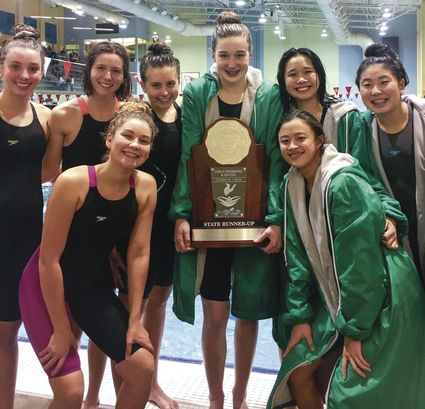 Mary Codevilla, holding the trophy, helped lead the Cougars to second overall at the Class 4A state swim and dive championships in February

Codevilla’s demeanor outside of swimming is just as impressive according to Coach Stamp.

“As soon as I met Mary, she was just one of the nicest persons,” said Stamp. “We clicked as an athlete-coach and she fit right into the program with the other girls on the team.”

Stamp was also no stranger to recognition after being named the 2019 CHSAA 4A Swim Coach of the Year. The duo hopes to continue the success and build on an already strong first season for Codevilla.

“It’s kind of hard to top too much what she did this year,” admitted Stamp. “... (I) certainly would love to see her win two state titles in a season, (and) just round out the relays and drive them to the best success that they can.”

The achievements of Codevilla’s freshman year will only raise her expectations for the future, but there is no doubt the sky's the limit.