Letter to the Editor (July 17) 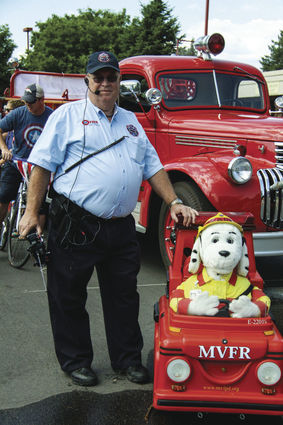 Starr Aldrich with Sparky and Engine #10 in the Cottonwood Square parking lot in 2013 as he was lining up for the 4th of July Parade. Aldrich passed away suddenly on July 7th after making a final run in Engine #10 with his wife Betty riding shotgun in the July 4th parade in Niwot.

Starr Aldrich  ~ I recall the first time I met/talked to Starr ...  It was at the 4th of July in 2013. I went over to thank him for bringing Sparky and Engine #10, because they are both so integral to the Niwot community events. And I thanked him for the enjoyment I just had observing Sparky talking to a lady. The lady was looking everywhere for the S...