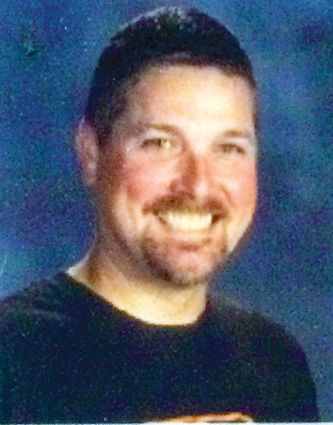 The Niwot boys basketball team has had its share of disappointments over the past two seasons, but new head coach Clayton Wittrock is only looking ahead.

"I met with the seniors on one of my first days in town, and the thing that we agreed upon is that there's a great group of seniors here, and we want them to go out on a positive note," the longtime Grand Junction varsity assistant said. "What they've shown me in just the short time we've had this summer is that with the right kind of leadership and the right push, they will see success next year."

Wittrock joined the Cougar athletic staff last month, after a two-month search to replace Eric Hejl, who resigned in April after two seasons with the team. During Wittrock's five seasons in Grand Junction, the Tigers went 57-62 with three postseason wins. He also coached the freshman team to a 45-24 record during the same time. Wittrock said that he has been waiting patiently for the right head coaching opportunity, and when the position at Niwot became available, he decided it was time to make his move, even though it meant a literal 400-mile move with his family from the western slope.

"I was familiar with Niwot High School as far as its performance and it being a really good school. But I also have quite a bit of family there-I have a sister in Longmont, I have cousins in both Erie and Lafayette, and a daughter at CU-Boulder. So when the job came open I thought it would be a great fit and a great opportunity to get closer to family."

Wittrock will be taking over a Cougar program that has seen limited success over the past two seasons, most notably in 2017-18 when the team won a single game. Niwot opened the 2018-19 season by going 6-3 in their first nine games, but then went 2-12 in the Northern Conference and finished the year with an 8-15 record. The new coach admitted that competing for a conference title is more of a long-term than short-term expectation.

"Niwot, being in the league they're in with schools like Longmont, they've had to battle to make a name for themselves and be successful, and I think the potential is there. So the goal is to, like I said, build a program that is a force to be reckoned with and is a challenge to teams like Longmont and Silver Creek and the schools that have been really successful."

However, he doesn't discount the Cougars' chances of success next season either, especially after meeting more with the seniors.

"What's already impressed me about this group of seniors is that they are hungry, and they do have some fight in them and there's some talent there. In the short term, I want to help those guys see that success and then go out and see how far we can make it, and then use that as a point to establish that there is good basketball at Niwot and there is a place for kids who want to go to a good school and play competitive basketball."

When he's not on the court, Wittrock is an English teacher, and has joined the staff of Trail Ridge Middle School for the 2019-20 school year. He hopes to make the jump to the Niwot High School staff when an opening becomes available, because, like many coaches, he believes being "in the building" is important for team chemistry and connecting with his players. He also hopes to see his players take an active role in activities other than basketball, pointing to returning forward Milo Ostwald's stint on Niwot's championship track team as an example.

Wittrock is looking forward to settling into his new position, and becoming involved in the Niwot High family. The team plans to host youth camps later this summer or fall, and he plans to "showcase these men as leaders and as contributors in the community."

"I'm excited and honored and blessed to have this opportunity. From the moment I first met with the seniors, and now that we've spent most of the month together, they're just a quality group of young men, which makes me even more excited and more motivated to try to get this program righted or to a place where the players are going to feel successful and to put something out there that makes the entire Niwot High School community proud."