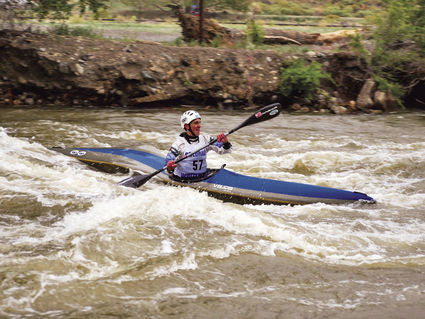 Photo by Lillian Sutcliffe Charlie Sutcliffe, Dawson Class of 2020, preparing for the World Championship while competing at the National Championship in Salida, CO, in June.

Dawson School’s canoe and kayak team, which recently celebrated its 25th anniversary, will be represented by four students at the Wildwater World Championships in Bosnia this July. Dawson's Charlie Sutcliffe (Class of '20) and Kartik Raghavan ('22) will compete in solo Men's Kayak, Olivia Spencer ('21) will compete in solo Women's Kayak, and Peter Coggan ('19) in solo Men's Canoe. The team ha...