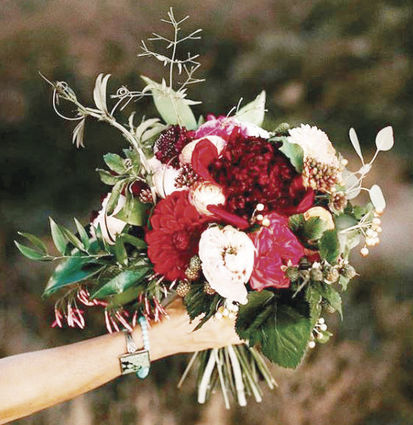 Upon first speaking with current Los Angeles resident Sarah Cioni, it becomes immediately clear that she still loves Niwot. In 2001, Cioni opened The Painted Primrose in Niwot. "It was always my childhood dream to be a shopkeeper, whatever that meant." Cioni explained, laughing. She thought selling tulips on Friday would make a nice addition to the shop's current offerings, so Cioni purchased a floral cooler and did just that.

One fateful day, a customer came in and inquired about floral arrangements. Previously, Cioni had only designed flowers for one wedding - a wedding whose photos hung in The Painted Primrose. Cioni agreed to take on the job, which turned out to be one of the most serendipitous moments of her life.

She designed the floral arrangements for that wedding, and, tragically, three weeks later, the groom died, so she was hired to create the funeral floral arrangements. The same family hired her to do the flowers for a baby shower. After that, it was off to the races. Cioni was a shopkeeper and a florist.

After establishing her shop in Niwot and earning a loyal following throughout Boulder County, Cioni sold The Painted Primrose in 2017 and moved to Los Angeles to be closer to family. In an attempt to settle in to her new city and pay the bills, Cioni called around to local florists looking for work.

It wasn't long until she signed on with a local flower shop and was given the chance to do the floral arrangements for a high-profile, Malibu wedding. "Once I got a taste of that, of the excitement, of the large-scale project, I was hooked," she said. For Cioni, life had suddenly taken another interesting turn.

Over the past few years in L.A., Cioni, with her company Belle Terre, have earned opportunities to design floral arrangements for The Grammys, Adam Levine's Halloween Party, and other A-List extravaganzas. Her work has even made it into the pages of People Magazine. 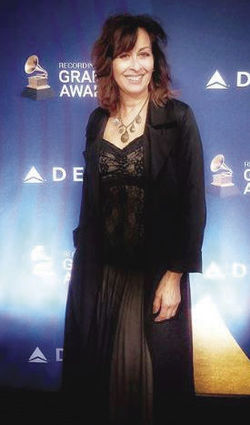 Cioni says, "Flowers are my jam." Her favorite is a pale, pink peony. She often uses its fragrant, beautiful blooms in her arrangements because, she explains, "That's what a flower is all about."

On July 18, Cioni is hosting three classes at The Left Hand Grange. Each class will cover a different topic ranging from Hollywood Glam wedding arrangements, to large-scale floral installations, to still-life centerpieces that Cioni takes photos of and edits to look like Dutch Masters style paintings. For her large-scale design class, Cioni is planning to install a big pop-up arrangement somewhere around town, so keep your eyes peeled to see her beautiful work. Times vary but interested persons may email Cioni (sarah@belleterrefloral.com) with additional questions or to reserve a spot.