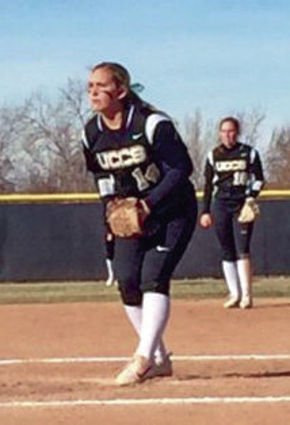 Niwot grad Lori Waidler pitched for UCCS as a freshman and sophomore, but played exclusively at first base during the 2019 season.

Maddy Jalbert (Niwot) ran the San Francisco 50mi/50K Endurance race May 18. Jalbert, who now resides in Los Angeles, elected to run the longer 50-mile course. She was the first woman in and the fourth person overall out of 47 runners. The race has 9,890 feet of elevation gain and Jalbert finished in 9 hours and 36 minutes, battling rain as well as the elevation.

Colin Laughery (Niwot) finished 11th in the last Boulder Ironman on June 9, posting a time of 8:53:52 as a professional competitor. With the Boulder Ironman being discontinued, Laughery noted that he’s been a part of the Boulder triathlon community for over half of his life. His next triathlon is what he considers a “target race,” in Lake Placid, NY, July 28.

Gabby Casey (Niwot), a senior at Colorado Mesa University, qualified for the NCAA Division II Outdoor Track & Field Championships in the pole vault. Casey earned Second Team USTFCCA All-America honors with a 12th place finish at the 2018 indoor championship meet, and will be making her second appearance at the national championships. She broke her own school-record in May at the Azusa Pacific Twilight & Multi to qualify, clearing the bar at 3.92 meters (12’10.25”). Casey was seeded in a tie for 13th at nationals, but did not place.

Skyler Messinger (Niwot) of Kansas University was named to the Big 12 Conference All-Tournament Team, selected by members of the media covering the event. Messinger, a sophomore third-baseman, hit .467 (7-for-15) in three games played during the tournament, leading the Jayhawks' offense. He paced KU with four runs scored, adding two doubles and two RBIs – good for a .600 slugging percentage. Three of Messinger's seven hits came with two outs and runners in scoring position, giving him the two RBIs. He is the first KU player to earn a Big 12 Championship All-Tournament Team honor since 2013. On the season, Messinger posted a .278 batting average with 31 RBIs and 27 runs scored. He started 57 out of 58 games, and his batting average and RBI total were both fourth-best on the team.

Former Niwot baseball Head Coach Craig McBride and Pitching Coach Mike Newton were asked to step in mid-season and take over the Erie High School program after long-time Erie Head Coach Harold Simmons was relieved of his duties. Most of the existing coaching staff elected to leave the program as well, making the transition even more difficult. McBride stepped down from the Niwot position after the 2017 season, and Newton stepped down as pitching coach after the 2018 season. The Tigers were able to regroup and win the district title, qualifying for the state tournament, where they were eliminated in a semi-final contest. Following the season, Newton was named the new head coach for the Erie program, having served as an assistant coach at Silver Creek and Niwot high schools before joining McBride at Erie.

Brooklynn DeLozier (Niwot), a junior outfielder at New Mexico Highlands, led the team in hitting with a .342 average in 2019. She also tied for the team lead in homeruns with five, and scored 19 runs, second on the team. DeLozier also led the team in slugging percentage (.630) and on base percentage (.449).

Bailey Kleespies (Niwot), a junior third-baseman, hit .300 for Colorado Mesa University, which won the RMAC conference title with a record of 45-11. Kleespies had five homeruns, and knocked in 27 runs, while scoring 22 times.

Meghan Waidler (Niwot), a junior first-baseman, played in 26 games for the University of Colorado-Colorado Springs this spring. Waidler had five hits in 30 official at bats, including two doubles, and drove in six runs. She posted a perfect 1.000 fielding percentage at first base.

Grace Ladd (Niwot), a junior pitcher, posted a record of 2-4 with a 5.04 ERA for Brown University. Ladd led the team with two saves in four relief appearances, which was fourth in the Ivy League conference. Brown finished with a record of 12-27. Ladd had one hit in limited plate appearances, driving in three runs on the season. 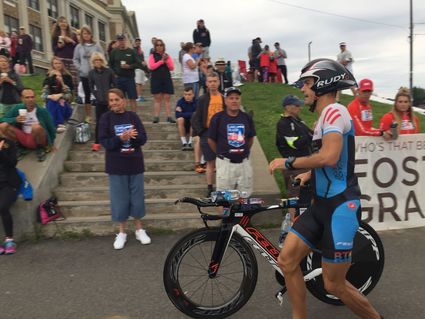 Colin Laughery is looking forward to participating in the Lake Placid (NY) triathlon in July.

The University of Kentucky announced a verbal commitment for the 2020-21 season and beyond from Niwot junior Abbie Shaw. The Kentucky website said, “Primarily a backstroker, Shaw does her club swimming with Elevation Athletics and owns the Winter Juniors standard in the 100 back. She most recently competed at Phoenix Sectionals where her highest finish was a 15th-place showing in the 100 back after racing both backstroke events at Juniors West in December. This past summer, she recorded three best times at Colorado LCM Seniors and had five finals appearances.”

While swimming for NHS, Shaw has been a six-time Colorado 4A State Championship finalist, finishing as runner-up in the 200 free and third in the 100 back as a junior after finishing sixth and second, respectively, in those events as a sophomore. The website continued, “Although her best times are just outside of scoring range at the SEC Championships, she has continuously made improvements each season…”