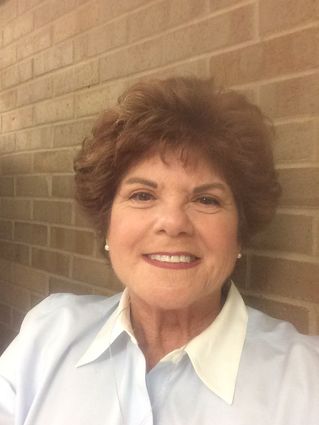 This month’s Left Hand Laurel, Debbie Lammers, has dedicated twenty-plus years of energy to improving education in the St. Vrain Valley School District and throughout Colorado.

Debbie Lammers is this month’s Left Hand Laurel recipient because of her dedication to St. Vrain Valley School District (SVVSD) and schools throughout Colorado.

Lammers spent her formative years in Las Vegas where her father was a hotel executive. She was in seventh grade when her father passed away. Her family relocated to Northern California a year later. She attended California State University - Chico and then worked as a legal assistant and a paralegal for many years.

She and Chris, her husband of 35 years, their children Laura, Stephen, and Kelly, moved to Niwot from San Francisco in 1997 for Chris’s job with CableLabs as the chief operating officer, where he is still employed in the same position.

That year, Lammers began volunteering in classrooms at Niwot Elementary School and Sunset Middle School, the schools her children were attending. Unbeknownst to Lammers, someone who felt she would be a strong Niwot representative for the 2002 district-wide community bond issue offered up her name to SVVSD school board president and Niwot resident Sandi Searls. Lammers still recalls the call she received from Searls and the moment she agreed to help the district.

“I found it a fascinating process and it turned into both a bond review committee and then a campaign committee for the 2002 bond, which built ten new schools and it was for 219 million dollars,” Lammers said.

With her gained knowledge of elections, she became instrumental in numerous school district mill levy overrides and bond campaigns, including the one passed in 2008 which she credits with allowing the growing district to thrive and avoid financial difficulties. She was a member and then the chairman of the SVVSD Community Bond Review Committee from 2002 to 2009.

Lammers said, “The superintendent at that time then suggested I run for the school board, so I did.”

She won the seat in 2009, and went on to be reelected for a second term. Board members are term limited and she retired from the board in 2017.

SVVSD superintendent, Don Haddad said, "Debbie is one of the most outstanding individuals in our community. She has been an incredible advocate for the St. Vrain Valley Schools and I can't think of anyone more deserving of this recognition. I will always be grateful for the wonderful support Debbie has given me and everyone in our school district."

During her time on the school board, she was elected twice by the members of the Colorado Association of School Boards (CASB) to serve on their board, each for three-year terms. CASB is a statewide organization representing 1000 school board members providing professional support and advocacy for school boards.

Her district and statewide work has led to a focus on legislative advocacy, serving on various committees and testifying in front of executive sessions on a variety of bills including open records, mental health support, and school safety.

Lammers also helped bring about the Cougar Trail behind NHS, served on the board of directors for the NHS Education Foundation, helped to update NHS graduation requirements, and volunteered on NES and Sunset parent-teacher groups.

"I first met Debbie when her children were playing basketball in Niwot Youth Sports, and she volunteered to help with the program,” former NYS president Biff Warren said. “Later she was elected to the school board and I had the opportunity to work with her on several issues affecting Niwot schools. She's always been an advocate for children, and worked well at creating consensus."

When asked what was most gratifying to her about her involvement with the schools, Lammers said, “It was clear to me that St. Vrain was a tremendous example of a well working district - the staff, school board, and the community. St. Vrain is in an envious position to lead by example. “

All three of Lammers’ children are products of Niwot area schools. Each has gone on to earn graduate degrees, gotten married, and are involved in careers they’re enjoying.

Lammers and her husband recently built a new home in Sonoma County, California, on property they purchased 12 years ago. They’re relocating this month and she’s looking forward to be closer to family and friends in that area.

“The community is a lot like Niwot in size and vibe, with a little more wine,” Lammers said. And there’s a little school just around the corner from her new home, so it would be no surprise if Lammers pokes her head in and who knows what happens from there?