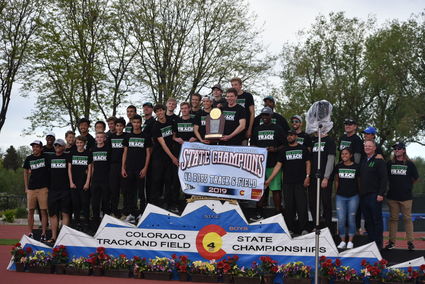 It was an historic day for coach Maurice Henriques and the Niwot track & field teams, as both the boys and girls captured team titles at the Class 4A state championships, held May 16-18 at Jeffco Stadium. 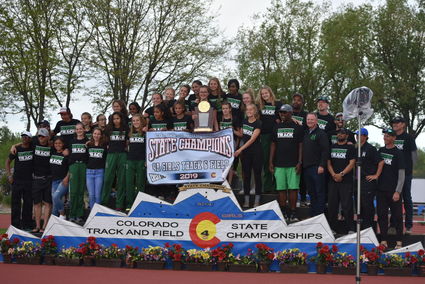 The Niwot girls took the team lead early on day one and were never in much danger of losing it. Over the next three days, the Cougars nabbed three individual and two relay titles, and took second place in three more. In all, nine individuals and all five relay teams made it onto the podium for the Niwot girls, including sophomore standout Taylor James, who made it to the top spot four times over the weekend. The girls finished the marathon three-day meet with 123 points to secure their fourth state title in seven years.

There was more nail-biting over on the boys side, where their championship came down to the final Class 4A race of the day, the 4x400 relay finals. Heading into the event, Niwot trailed Pueblo East 60-56 in the team standings, and needed a fifth-place or better finish to secure the title.

But the Cougar team of Nolan Johan, Jensen Douillard, Milo Ostwald and Jack Kenkel found a higher gear, and with a dramatic leap for the finish line, took first place in the relay and clinched their first ever state championship.