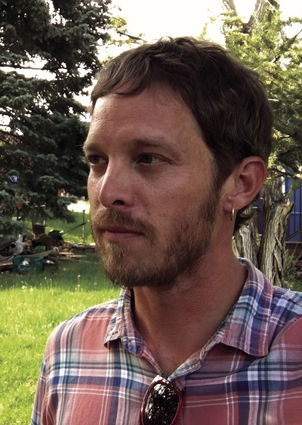 I miss the mall.

It’s hard to believe that things have gotten to the point where I think of the mall as a progressive, community-oriented piece of infrastructure. But considering what’s replaced it, yeah the mall wins, hands down. The specific mall I’m thinking of was called Crossroads Mall, which used to occupy the area of Boulder known now as “29th Street.” It had two stories, several department store anchors and lots of small specialty shops: bookshops, music shops, poster shops, shoe shops, odds ’n ends shops. Islands in the middle of the thoroughfares with plants, trees, benches. It also had a number of odd sculptures that hung from the second floor balcony railings—I can remember an ear and a pair of scissors—and some larger sculptures on the ground floor; an enormous wooden eagle with outspread wings, for example.

The most outstanding feature of Crossroads Mall was its food court. An international smorgasbord, my favorite was Shish Kabob, where I first discovered Lebanese food. The food court was at the mall’s midpoint, on the west side. Hanging over the interior, mall-facing entrance was a large neon sculptural element, a line of galloping horses which lit up one-by-one and then all at once, in a repeating pattern.

But the best part of the food court was the central seating area. Rather than just being a bunch of tables and chairs, it was broken up into a variety of spaces by free-standing, low, white-tiled structural elements; this spatial geometry that created different nooks, some more private and some more public. Lots of natural light from skylights in the high ceiling, lots of plants. In short, it was a nice place to eat, and a nice place to linger; a place that served a wide variety of individual wants, while also creating a feeling of being part of something together.

This is the part where I sigh, and wonder how we humans have gotten to this point, and where we’re going to go from here. Because 29th Street offers none of that. It’s just stores and parking lots. Again, it’s hard for me to believe that I’ve come to mourn the loss of a mall, of all things. But the idea of a commercial center, designed with a sense of engendering culture and community, feels like an idea that has gotten lost in the profit-and-development shuffle.

After the demolition of Crossroads, a friend of mine and I snuck past the fence one afternoon and adventured through the razed landscape. It had become a blank canvas, and as such presented an opportunity for far-reaching vision. It was fun to dream about what it could become. As Boulder County continues now to grow and change, I wish I was in charge of that process. I’d issue a single, top-down directive for guiding any and all development: whatever we’re going to build in any given place, the goal is to create something that will be fondly remembered one day.

Jeremy Jaeger was raised to adulthood in the environs of Boulder County, then he left to discover the world. He left and came back repeatedly, to spend time gathering what only roots can give, before he would set out again. Returned again now to stay as long as he can, he feels compelled by his nativity to speak on the changing nature of this place.