End of the bridge at the Grange 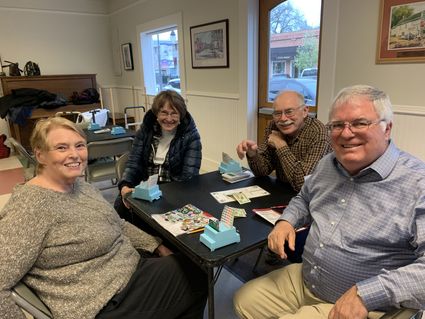 For more than 30 years, the Left Hand Grange has been a weekly hotspot for area bridge players. April marked the end of an era for Niwot’s Bridge Club when Jim Steele, the director of the Tuesday night games, died from injuries he received as a pedestrian in a hit and run accident.

Steele, 82, was known as a man of many talents. He was an accomplished metallurgic engineer, a jubilant dancer, a performing poet, and an excellent bridge teacher. He was often spotted dancing at Rock and Rails events and was a resident of Gunbarrel until just recently.

Bill Brackett, who has played bridge in Niwot from the beginning, directed April’s games following Steele’s passing. Brackett can tell you the names of each director of the bridge club - Dorothy Heil, Gary Steiner, Marilyn Bost, Marlene Aranci, Jim Johnson, and finally Jim Steele, who Brackett said took over the club around 2004.

Steele was well-known for being the quintessential newcomer instructor, which built up the number of bridge players in the area. Some nights, the tables of four players would ooze into the kitchen of the Grange, and even on slower nights, there could be 30-40 players participating.

“Everyone was certainly grateful to him,” Brackett said of Steele.

Like many players in the area, Niwotian Bonnie Gallagher learned to play under Steele’s tutelage.

“The last time we played bridge at the Grange, we had a big commemorative game where we totally filled the Grange again. And not just in memory of Jim, but in memory of all the good times that everybody in the Boulder bridge community had playing at the Grange,” Gallagher said.

Left Hand Grange President Kellie Beran said, “It was a wonderful partnership. I personally did not know anyone who played bridge - most participants did not live in Niwot, which is interesting, but they enjoyed the venue enough to make the drive.”

Games were initially held on Thursday nights, but as Rock & Rails grew, so did competition for parking spots, so the club moved the games to Tuesday nights.

The Niwot bridge club was associated with and follows the rules of the American Contract Bridge League, the world’s biggest bridge organization.

The largest host of bridge games in the county these days is the Boulder Elks Lodge. The Elks Lodge has a designated bridge room, where tables and chairs are always set up for the gatherings.

Brackett said, “In a sense, the old Tuesday night still exists, it’s just moved to the Elks Lodge. I would say last time I played there, more than half of the crowd was from the Niwot game, so that’s a good thing.” 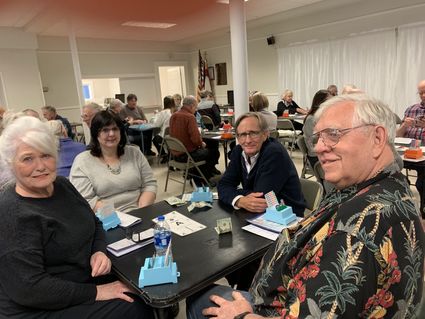 Bridge players enjoy their final night of the Niwot Bridge Club at the Left Hand Grange on April 30, 2019.

Steele also directed Monday night games at the Carillon, a senior living community in Boulder. News of Steele’s death hadn’t spread within the community until he didn’t show up for his usual game at the Carillon, and players were waiting for him to arrive. That weekly game now has a new director.

“It’s very sad, he was such a vibrant person,” Gallagher said. “And it’s sad to no longer have the local Grange bridge club.”

Beran said, “It was reliable rental income for us, which is wonderful, and what many folks do not know is that rental income is our sole source of income used to maintain this building. We would love another partnership with a group that could perhaps draw from our local community - there are so few places to meet and enjoy an evening that is not a restaurant or pub.”