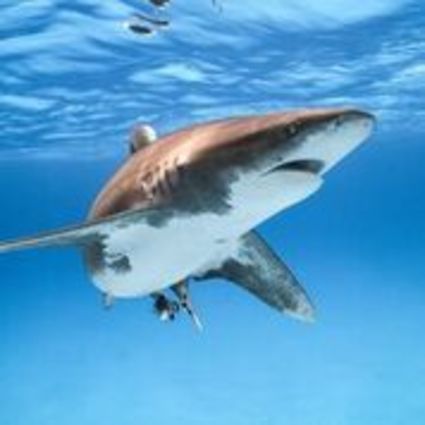 A curious oceanic whitetip shark off Cat Island, Bahamas. Once considered the most abundant large predator on the planet, its population has declined up to 99ERROR

He makes his living diving down more than a hundred feet to capture astonishing images of marine life and he lives in a barn in Niwot. Go figure. But Andy Mann’s work is about more than pretty pictures.

Mann has quite the tale to tell. In 2003, at the age of 23, he moved to Boulder from Virginia for the mountains and the bluegrass music scene. A co-worker from The Sink restaurant asked Mann to come climbing and scaling the side of a mountain instantly became his obsession. Mann moved to Eldorado Springs to satisfy his craving as much as possible and then started traveling around the world to conquer new routes.

While hanging out with some of the world’s best professional climbers, he met a photographer who took him under his wings.

“I hadn’t even picked up a camera at the time,” Mann said. “In order to keep the passion of climbing alive, I started photographing it.”

Living mainly out of his truck, he figured if he sold only one photograph, he’d be making it big time. “My bar was low. That was huge, it was gas money.”

He sold his first image in 2007. Flash forward two years, he was shooting photos 300 days a year while on a $500 a month retainer with Climbing Magazine. Because of its small budget, the magazine leveraged the heck out of Mann’s talent featuring his work on most every cover. It was “the sweetest deal” for a guy who had been flipping burgers.

In 2008, commercial work became the name of the game, with the likes of North Face coming to Mann. The word was out and Mann’s clientele grew quickly within the adventure-oriented industry.

Along with fellow photographers, Cory Richards and Keith Ladzinski, Mann formed 3 Strings Productions in 2011. Mann had added videography to his professional repertoire and the team began traveling to South Africa, Spain, South America, Australia and France, rigging ropes and rappelling in order to journal cutting-edge climbers on the most difficult routes in the world. At this point, he said he had proven he was willing to go anywhere and would suffer to get the good shots.

With only a spare bunk on the cramped boats marine biologists sail on, Mann’s can-do attitude and finely-honed photographic abilities seemed like a good fit to document a different type of outdoor exploration. So he descended from the mountain tops to sail out to the middle of oceans.

He was hired to photograph a month-long shark diving expedition in Fiji, but he was no diver and had never filmed underwater. “My whole journey up to that point was about saying ‘yes’ to everything,” Mann said.

He used the two weeks prior to his first sea expedition to get scuba diving certification – in a lovely heated pool in landlocked Boulder. Unbeknownst to the navy seal dive master in charge of safety for the mission, Mann jumped in for his virgin open water dive plunging 120 feet to photograph bull sharks.

“It was just mind blowing, I couldn’t believe it,” Mann said. He started snapping away, but was so excited, he rapidly sucked through his air tank. The dive master spotted his red-lining oxygen level and sent Mann to the surface pronto. A bit of mentoring by the indignant dive master and he was back in the water photographing.

The marine biologists Mann was accompanying were finding a serious absence of sharks in places they should be – it was a grim sign that the eco-system was out of balance.

While on the boat, Mann put together a short film and the team took it to village residents, Fijian policy makers, and even the president of Fiji to show them what life looked like under their native waters. While science provides charts and graphs of red flag data, it doesn’t have the same emotional impact as a visual presentation.

“I found purpose in my work right then,” Mann said.

In 2013, on his first expedition for National Geographic Magazine, Mann explored Franz Josef Land in Russia. His images contributed to the protected designation of that area which is now the largest arctic national park in the world.

Scientists from around the globe began coming to Mann so he could tell their stories through comprehensive packages of videos, photographs, and social media posts. Over the last six years Mann has logged 50-plus expeditions with more than 250 days of travel per year and he has visited all seven continents - twice.

Mann’s level of participation isn’t just behind the camera anymore. He also meets with presidents and prime ministers to educate and elicit change.

His realm these days is primarily ocean conservation, and he’s involved with more than 10 branches of National Geographic. Mann’s desire to make a difference also led him to help form Sea Legacy, the world’s largest provider of ocean and marine content. The power of the organization is the ability to distribute information to billions of people all at once. That magnitude of disseminated information has led to great things, including the creation of marine life preserves and alterations in fishing methods.

His speaking tour, Sea to Summit, was created “to inspire people to use their voice to amplify changes that need to be made.” Featured mishaps and outtakes are highlights of the presentation and he’s hoping to bring it to a Niwot audience soon.

With his connections to camera sponsors and photographers, he’s envisioning Niwot as a great place to hold a photography festival which would include slide shows, gallery exhibits, instruction, and an opportunity for kids to become inspired to pick up a camera.

When asked what besides making good consumer and eating decisions people can do to lower their impact on oceans and seas, Mann said, “What I do is encourage people to spend time in the water. Celebrate it. Because people protect the places they love. “ 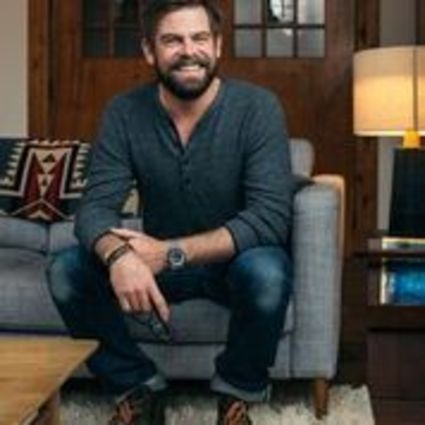 He has followed his heart leading to adventures even he could not have dreamt of. The journey as a recorder of human grit and natural beauty has taken him from sheer mountain edges to the deepest of oceans, and three years ago Mann chose Niwot to be his home.

Mann, his wife Orien, and their three-year-old daughter Josie are looking forward to the arrival of another family member any day. A new room for the baby is being added to their barn-home. Thankfully, even in the most remote areas of the globe, Mann is only a satellite phone call away from his family.

Mann said. “I’ve loved this area because I love photographing birds, even though it’s not my typical photography field. I’ve just loved a little bit more rural Boulder County. It’s perfect for us.”

To see Mann’s work and learn more, visit http://www.AndyMann.com. Join his over 438,000 Instagram followers to see his daily posts.