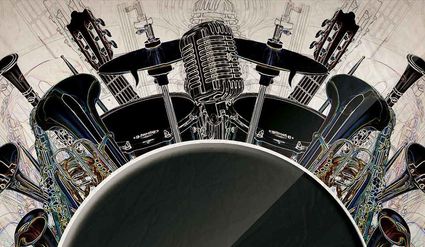 For lovers of the standard pop and jazz classics, the Longmont Chorale and Longmont Concert Band are joining forces to provide an afternoon filled with compositions by such artists as Irving Berlin, the Gershwin brothers, and the Beatles.

The May 5 concert will feature many favorite jazz standards, big band pieces and well-known pop tunes in recent and refreshing arrangements.

“Scott and I have been wanting to do this collaboration for a couple of years,” said Lloyd,”and it’s exciting to see this project develop and the music progress in rehearsals toward our combined performance goal.”

Hamlin agreed that the event is shaping up to be an exciting and energetic concert.

“It isn’t often that the Chorale has the privilege of joining forces with a group such as the Longmont Concert Band,” he said. “We will be performing together on several of the numbers, so on those, the audience will hear over 150 musicians in sync, filling the entire stage and enjoying this exciting music-making.”

The collaborative endeavor will also feature selections from the recent hit movie musical, “The Greatest Showman,” newly arranged for the performance by Doug Rasmussen, a member of the Concert Band.

Lloyd added, “At this concert, the band will be playing some big band classics from the swing era, Broadway tunes, and will be featuring some of its excellent soloists.”

The Longmont Concert Band, which formed in 2003, is a non-profit group composed of volunteer musicians from Longmont and the surrounding communities, with members having ranged from ages 17 to 82. The band, which originally began with 15 musicians, now boasts a group of over 40.

Since its 1937 inception, the Longmont Chorale performs four major concerts in Longmont each season, and has members from high school age and up. Considered an SATB (soprano, alto, tenor, bass) choir, the Chorale supports an open, non-auditioned community choir to study, create and perform choral music.

“I guarantee that this concert will be a real crowd pleaser, and I’m looking forward to this performance with the Longmont Chorale,” said Lloyd.

The Sunday, May 5 concert will be the Chorale’s final performance of its season, and will be held at 3 pm at the Niwot High School Auditorium at 8989 East Niwot Road. For tickets and more information, visit LongmontChorale.org