Loved and not forgotten 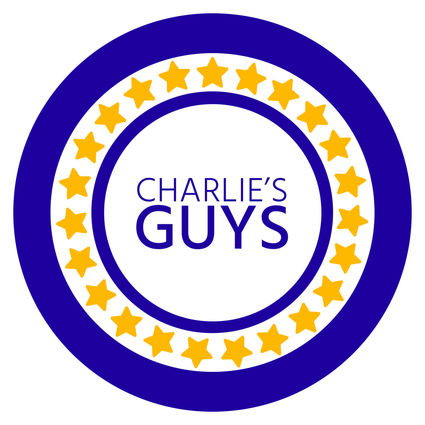 The Davies family turned their grief into purpose for others.

When the tragic loss of a child happens, immediate sympathy focuses on the parents who experienced that loss. But the siblings of that child suffer more than the profound loss of their brother or sister--they might also lose their parents’ attention and focus to their parents’ grieving process.

It is why Gunbarrel residents Kjerstin and Shaun Davies created Charlie’s Guys, a 501(c)3 non-profit that works diligently to remind bereaved siblings that they are loved and not forgotten.

In August 2017, the Davies lost their 23-month old son, Charlie, to a virus that took him in his sleep. At the time, their other son was only 21 months older, and Kjerstin was pregnant and due with their daughter in two months. As is every parent who suddenly loses a child, the Davies were terrified and stunned. Their friends and families showered not only them, but their son and unborn daughter, with love and compassion in the form of gifts, clothes, books and experiences to help ease them through the grieving process and to see love in the midst of such a loss.

Inspired by that compassion, the Davies founded Charlie’s Guys in May 2018 and have since served 84 children from 40 families in that time.

Charlie’s Guys provides meaningful and memorable gifts to bereaved siblings under the age of 18. Gifts can be experiences, such as a trip to a favorite place or horseback riding lessons; or items such as a laptop computer or a special toy. The aim of the gifts is to spark a positive memory for the grieving child and also meet a need they may have.

The non-profit, named for how Charlie referred to his favorite toys, is a family endeavor that has drawn in several friends as board members and administrative officers, and even the Davies’ eldest son, who is now five, has input into the choosing of the gifts for the recipients.

“Occasionally, when appropriate, we will ask his thoughts about gift ideas or take him shopping with us if we are physically purchasing an item for a child,” said Kjerstin. “He is mostly curious, though, about how these siblings lose their brother or sister. He wants to know all of the details: age, gender, cause, age and gender of the siblings, etc. It helps him process, relate, connect, and not feel so alone. He is proud of Charlie’s Guys and talks about the charity all the time and wants to be involved as much as possible.”

To celebrate the one-year anniversary of launching Charlie’s Guys, they are organizing a social media campaign to bring their community together.

“This organization was created through the strength of community. To honor the one-year anniversary of its launch, we want to bring together our community. Leading up to our anniversary, we will feature stories from families affected by child and sibling loss,” said Kjerstin.

“To participate, we ask that people email us a story of their loved one along with a picture or pictures to post, or we ask that people post their own story and photo, using the hashtags #lovedandnotforgotten #charliesguys #oneyearstronger,” she added. 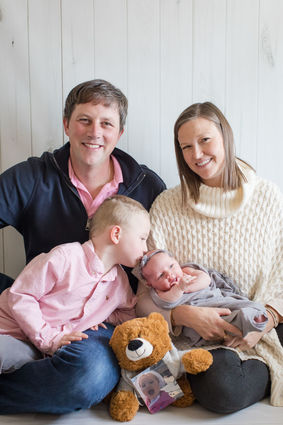 Charlie’s Guys provides gifts and experiences to remind grieving siblings that they are loved and not forgotten.

While the loss of a child is something that no one ever fully recovers from, the work that Charlie’s Guys does helps more than just the families it serves.

“Grieving and healing is a process. It will never end, it will never be something we conquer. It doesn’t get easier, but we do get stronger,” said Kjerstin. “Charlie’s Guys has given us an outlet for this grief. It has transformed something painful and meaningless into something powerful and meaningful. Grief is debilitating and if we can help bring a tiny bit of light into something so deafening and dark then we have not only made Charlie’s death purposeful, but we have also made our lives purposeful.”

To be featured in the anniversary social media campaign, families can email their stories to charliesguys@gmail.com by April 28. For more information, visit http://www.charliesguys.org.