NCA looks ahead to eventful spring 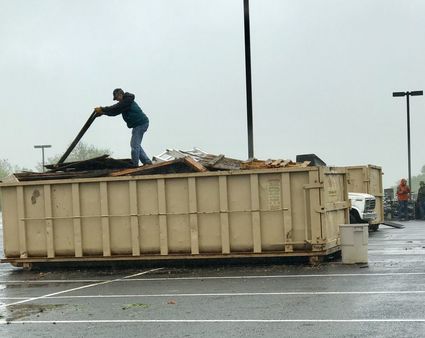 Niwot Community Association board members are gearing up for the group’s busy seasons.

Kicking off the spring is the annual membership drive, already underway. Emails have gone out to members urging them to join for the 2019-20 membership year, and postcards are coming to those still waiting to join. Membership chair Johnny Barrett reported that membership stood at 248 households.

In addition, the meeting will feature updates on membership as of April 3, and more members are expected to join at the April 17 annual meeting and Clean Up Day on May 18.

The annual membership costs $30. Niwot area residents can pay that online using PayPal, in person at the annual meeting, or by sending a check to the NCA at P.O. Box 72, Niwot, CO 80544-0072.

The NCA is hosting its annual meeting for members at 7 p.m. Wednesday, April 17 at the Left Hand Grange, 195 Second Ave., Niwot. Guest speakers for the event will be Niwot High School Principal Eric Rauschkolb, Sunset Middle School Principal Anthony Barela, and Niwot Elementary School Principal Nancy Pitz. The school administrators will discuss updates to the school buildings and infrastructure, awards and accomplishments at the schools, and diversity and inclusion.

In addition, attendees will hear updates on improvements to Niwot area trails, Clean Up Day information, July 4 celebration information and the 2019 goals and objectives for the NCA.

At the annual meeting, members also will have the chance to vote for NCA board members if they haven’t already done so online. Members can vote online until 10 p.m. April 17. They must have their individual NCA ID (sent in an email) to vote online.

NCA members will have the chance to recycle yard waste, scrap metal, dried latex paint, electronics and mattresses at the annual cleanup day sponsored by the NCA. The event is planned for 8 a.m. to noon on May 18 in the parking lot of Niwot High School.

Co-chairs Tom Sesnic and John Barto reported that the “swap” area will be discontinued this year as the point of the event is not to end up with items going to landfills. Members also will be limited to two standard pickup truck bed-level loads for free. Charges for recycling electronics and mattresses will remain the same as last year. No construction waste will be accepted.

“We have to pay to have the electronics and mattresses recycled so we pass that cost on to the member,” Sesnic explained. “We offer a convenient place to drop off the items.”

A small group of county residents, including Dick Piland representing the NCA, met with Boulder County Commissioners and county transportation officials to discuss ideas for repairing and rehabilitating county subdivision roads. Piland reported that county officials were not in favor of repurposing tax amounts due to “sunset” for use for roads. “That idea was not received well. It’s not really an option,” he said.

Commissioners seemed more interested in putting a countywide tax increase on the ballot, Piland said, but no time frame for any tax question has been determined.