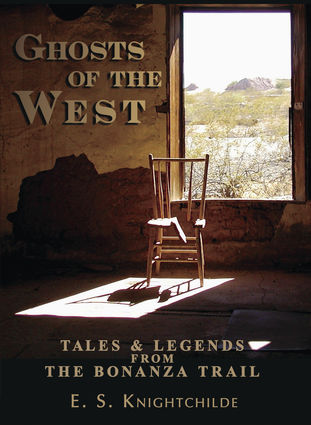 Writer and filmmaker Ethan Knightchilde presented his premier Ghost Towns of the American West lecture to a packed crowd at the Left Hand Valley Grange in April 2018. Even those standing in the back of the room that evening walked away feeling entertained and educated by Knightchilde's study on hundreds of western ghost towns.

As a result of the debut Niwot Historical Society speaking engagement, this year Knightchilde is bringing an updated version of his presentation to an even larger audience at Chautauqua Community House at 7 p.m. on Wednesday, April 3. That night he hopes to have on-hand copies of his newly completed book covering his 20 years of extensive research on now abandoned towns that were once booming with prospectors, families, stores, and saloons.

Starting at a young age, Knightchilde and his camera were inseparable. It wasn't surprising that he eventually combined his intense curiosity about ghost towns with his love for photography. His first ghost town photograph was taken in Ashcroft, CO in 2002. Starting with those simple vacation shots, his enthusiasm for these towns escalated into an award-winning documentary titled, "Ghost of the West, the End of the Bonanza Trail." The film was watched by sold-out audiences following its release in 2012.

The press release description of his latest book reads, "Unlike other books focused on the history of a region or on travel itineraries, "Ghosts of the West: Tales and Legends from the Bonanza Trail" offers a new twist on the subject, walking the reader through a landscape of legends and dramatic non-fiction stories while keeping one foot planted firmly in the real world."

Since his lecture in Niwot, Knightchilde has been invited to speak at the Historic Park Theater in Estes Park, and is doing a presentation for the Archeology Channel International Film Festival and Conference in Eugene, OR, this May. He is taking requests from theaters, schools and organizations to bring his presentation to more audiences.

As a thank you to Niwot where the lecture debuted last year, Knight Sky Pictures is giving away tickets to a few lucky Courier readers. Visit http://www.knightskypictures.com/newsreels to learn how you can enter for a chance to win. No purchase necessary. For more on Knightchilde's work visit, http://www.KnightSkyPictures.com, and for tickets to the presentation at Chautauqua Auditorium, visit https://www.chautauqua.com/portfolio/ghost-towns-of-the-american-west/