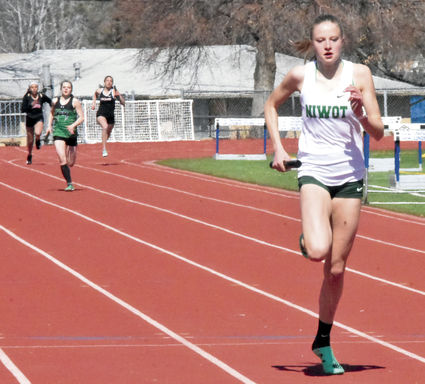 Niwot sophomore Taylor James anchored the Cougars' relay teams, including the 4x200, which they won with a time of 1:43.90, nearly 8 seconds faster than second place Roosevelt (11:51.67).

For a second straight week, the Niwot track and field team found itself without a weekend venue after weather and field conditions forced a last minute cancellation, this time of the Windsor Invitational on March 16. Fortunately, the Cougars were able to find more than a dozen other teams in a similar predicament, and a local school in Longmont willing to play host, resulting in the NoCo Qualifier #1. Niwot won the team title on both the boys’ and girls’ sides handily, with Emrick Wells and Taylor James once again the Cougars’ top performers. 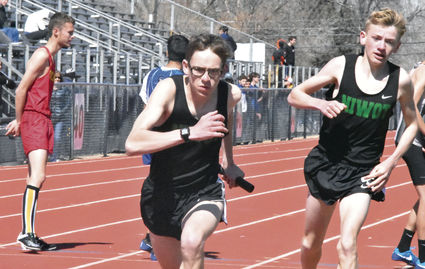 In the boys 4x800 relay, junior Ben Klingbeil anchored Niwot’s team, which took third overall in the event, with a time of 8:59:23.