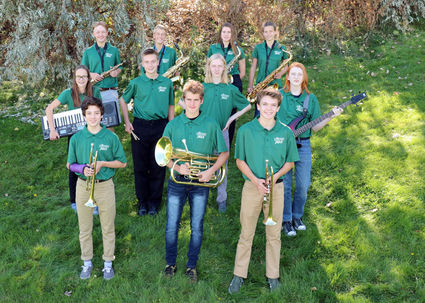 Free entertainment for the community

Niwot High School has a beautiful auditorium; the acoustics are fantastic, the seats are cushioned, and it’s a fabulous setting to enjoy a performance. On Tuesday, March 19, NHS is extending an invitation to the entire community to experience Spectacle 2019 – a no cost concert featuring four bands chock full of energy and skill.

Band Director Wade Hendricks said his students have been exposed to a wide variety of styles – Latin, jazz, swing, rock, funk, and ballads, and the Spectacle audience can expect to hear a bit of each.

“It seemed like the right time of the year to go big,” Hendricks said. “We have a really talented group of students who have been working very hard. We’d love to bring in a larger audience to appreciate what the students are doing.”

Event sponsor Lydia Moy with Wright Kingdom Real Estate in Longmont is an NHS parent who was so inspired by the students’ musical performances that she wanted the annual jazz band performance normally attended by students’ families to be open to the community. The addition of Mojomama and Jackson Cloud Odyssey to the evening’s program should draw in a great crowd and performing to a fuller audience will be more exciting for the student musicians too.

“I felt it was a good opportunity for the community to connect, even if their kids have already finished school in Niwot,” Moy said.

Concert headliners Mojomama, with founding band members Jessica and Paul Rogalski, have been playing their original blues, jazz, and rock songs at venues throughout the area since 2003, including at Rock ‘n Rails. They’re very enthusiastic community supporters and operate Mojo’s Music Academy in Longmont, which offers musical instruction.

Mojomama recently competed at the International Blues Challenge in Memphis where, for the second year in a row, they were semi-finalists. In February the group won the designation of “favorite band” by the members of the Colorado Blues Society.

Jessica Rogalski said Moy asked if they would participate in Spectacle. “We’ve been teaching for 12 years now and of course we’ve been involved with the community in many ways, so it’s always an interest for us to see the kids performing at the highest level that they can,” Rogalski said. “We’re going to do a jam with any of the kids who want to join us.”

A generous group of supporters will be giving a percentage of the evenings’ sales to NHS’s music department: Niwot’s Old Oak Coffeehouse will be selling freshly baked pastries, tea, coffee and hot chocolate, a local Zyia activewear and Personally Poetic Jewelry representative will be in the lobby along with paintings by Lisa Koets, and books from Bronwyn Leroux’s “Destiny Series.”

Because of overall limited funding for schools, event goers are encouraged to make donations to benefit NHS’s music department enabling them to purchase and maintain musical instruments and to buy music sheets.

Bringing this event to the public was Moy’s idea and she’s taken on the promotion of the event by creating and donating posters, and getting the word out through Facebook ads. Her son Xavier, a sophomore at NHS, is a drummer with the All-Star Band.

Moy said that after she’d moved to the US, it was through listening to songs that she was able to learn English. 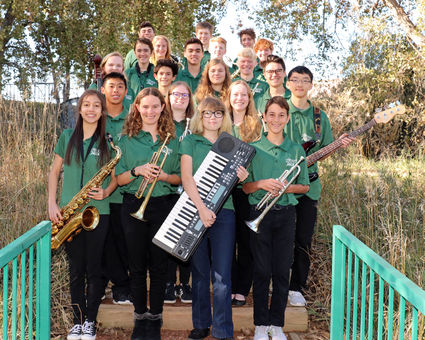 “It kept me happy. Moving to a new country was hard. And you know life is going to be hard for kids, but if they have something else they can do, it will be awesome,” Moy said. ”That’s why it [music] needs to be encouraged. The community needs to say, ‘Hey, you’re talented!’ My dream is that the community will go to the concert and support the future generation.”

In addition to Moy’s sponsorship, Mako Shimoda, Mike Atkins, along with Karen and Ian Carmichael are helping to bring the musical evening to the public.

“We’re excited to be part of this event and hope we can raise a lot of money for the kids’ music program,” Rogalski said.