Jackson Cloud returns to his roots 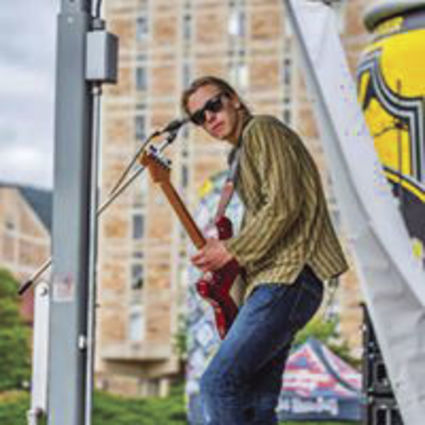 Back when they were just a Band, Jackson Cloud et al performed at the BolderBoulder in May 2018.

It’s been the better part of a decade since teenage rocker Jackson Cloud made his St. Vrain Valley Schools debut, and now the Niwot senior will get a chance to end his school performance career the same way he started it—co-headlining with local recording artist Mojomama.

“Mojomama came to my school for their music academy when I was in, I think, second grade at Niwot Elementary, and I got a chance to play with them,” Cloud said in an interview about Spectacle 2019, an upcoming concert to benefit the band department. “It was the first time I got up on stage.”

Cloud and his eponymous Odyssey are one of four acts slated to appear at what has been billed as “a fun-filled night of jazz, funk, and rock” on Tuesday, March 19, in the school’s auditorium. Joining Cloud is the Niwot All-Stars, an advanced student jazz band, the Lefthand Jazz Ensemble, another student group, and the aforementioned Mojomama. The Spectacle is free to the public, but donations will be gladly accepted.

Cloud is looking forward to playing for the school crowd again, and said he and his bandmates plan to make the most of their 30-minute set, with a mix of original material and “some cover songs to get the old rockers out of their seats.” However, he said it’s important to always have a plan B, especially for a crowd whose taste could be hard to gauge.

“It’s not really a rock and roll crowd, so you have to approach it like that,” Cloud said of performing for the community-minded audience. “I also want to show them what we do in a fun way. It’s definitely different, but every show is. We never have a set set-list, because you never know if it’s going to be a rock crowd or a country crowd….You have to just go with it and that’s what we’ll do here too.”

Luckily, Cloud and his band have had plenty of opportunity to learn about pleasing a crowd over the past year, as a lengthening list of gigs both far and wide attests. They also got a new name and logo, a move that Cloud said marked their transition from “a kid band to something a little more official.”

“It’s the first time I’ve really felt the band being a professional thing,” he said.

It’s also been a year of musical growth for the group, as Cloud has expanded his writing efforts and more of his original songs have found their way into performances. “I like psychedelic rock, so it’s not so much the classic guitar solos.” 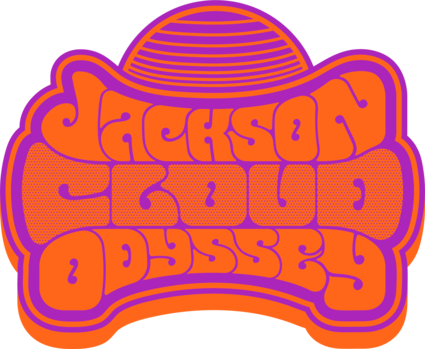 Jackson Cloud returns to his roots

With their catalog of new songs growing, the band has also been spending time at the local recording studio Window Over the Earth, with additional upcoming sessions booked in a Denver studio. Cloud said that could lead to an EP release later this year.

Cloud and his band mates have a busy spring ahead. In addition to the Spectacle, they will be appearing at Your Mom’s House (608 E 13th Ave, Denver) on March 16, Wibby Brewing (209 Emery St., Longmont) on April 4, and Longmont Food Rescue’s Food Truck Cup on April 6.