Student of the Week: Zoë Wagner 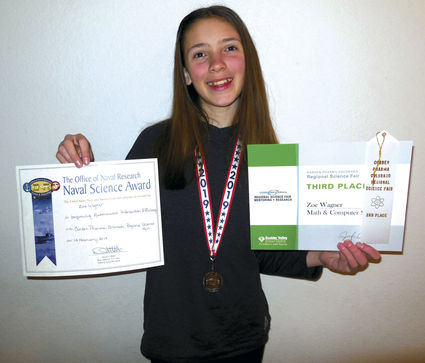 Student of the Week: Zoë Wagner

One day while riding with her dad and chatting about autonomous (driverless) cars, Boulder Country Day seventh-grader Zoë Wagner noticed something at a four-way stop.

“We saw that the car across from us turned right and then the car next to us turned right, and I thought ‘well, if this were an autonomous intersection, then both of those cars could have gone at the same time.’”

Not content to let the question lie, the precocious Wagner eventually decided to investigate the idea further for her science fair project. Two months and 732 lines of programming code later, she completed Improving Autonomous Intersection Efficiency, which examines the most effective movement of vehicles through a four-way stop.

“It’s a computer program that creates a random autonomous intersection—meaning each car has a random path, right, left, or straight—and then uses an algorithm to figure out the best number of moves to get all the cars through,” she explained. “The less moves the better.”

If that sounds like quite an undertaking, it was. Wagner had to learn the programming language Java in order to complete her project, a task the middle-schooler took in stride. Harder to take in stride was the large amount of data that her program ultimately produced.

“The sheer immensity of the program was surprising,” she said. “It would make billions of calls to the main method—find best sequence—per trial.”

The program also produced some hardware. Last month, Wagner’s project was awarded third place overall in the Junior Division of Math and Computer Sciences at the CU Regional Science Fair, as well as the Naval Science Award from the Office of Naval Research.

“I was really excited about the Naval Science Award,” she said. “I got a medal that was really cool and I thought it was such a cool award for them to give out because it’s not just looking at things that are related to the Navy, but things they think will be important in the future.”

The future is a topic dear to Wagner’s heart, and she plans to have an active role in making it better. Her biggest hurdle may be narrowing her interests. Last year, her fair project involved soundwaves and physics, and next year she is considering studying the genetics of double-merle dogs. 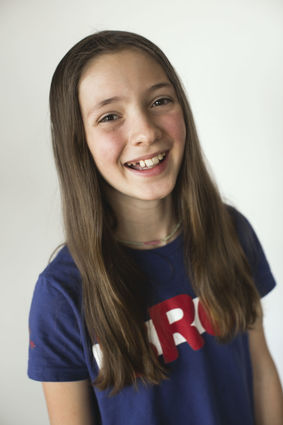 Not that her interests lie solely in science. When she’s not in the classroom, Wagner enjoys theatre, playing the cello, and painting. She also competes in rock climbing, parkour, and ninja warrior, “which is just like the TV show, but for kids and not on TV,” she said.

As for her longer term plans, she is casting her eye even further afield, and said she is less interested in labeling her work, than in making sure it’s for “something that matters.”

“Professionally, I’d like to do something in the science category, because, to me, that’s one of the more important things,” she said. “Even though I really do enjoy marine biology and computer science and things like that, I think I want to do something having to do with space. If you’re really looking at the big picture, there’s no bigger picture than space.”