Student-Athlete of the Week: Misha Barrett

Series: Student-Athlete of the Week | Story 4 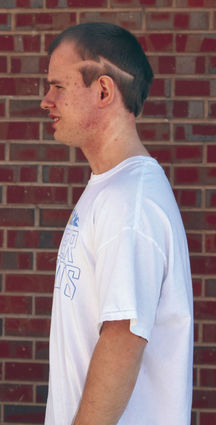 Barrett came back from a recent trip to the CDC cosmetology department with a sweet new ‘do.

Niwot sophomore Misha Barrett loves two things: playing basketball and “making the fans happy.” As shooting guard for the Silver Creek unified basketball team, Barrett gets a chance to do both.

“I love going out there and showing people what I’ve got,” Barrett said, his enthusiasm for the sport evident.

Barrett is one of a handful of Niwot special needs students who play for the Raptors unified team, which competes weekly throughout the district. In their final game of the season on Feb. 27, the team will face-off against the Longmont Police in what has become an annual tradition.

“I like the coach and the players,” Barrett said when asked what he likes most about playing basketball. The team is coached by Kelsey Hale and includes Barrett’s Niwot classmates Donnie and Maddie Schwartz and Mac Fostveit.

Rauschkolb is definitely in a position to know, as Barrett’s frequent opponent in pick-up games such as HORSE and knock-out after school.

“He’s good,” Barrett said of his principal. “If I had a basketball team, I’d pick him. He’d be a great shooting guard for our team.”

Rauschkolb would likely be joined on that team by Kevin Durant, whom Barrett named as his favorite NBA player. His favorite team is the Golden State Warriors, but he also enjoys watching the hometown Denver Nuggets.

Barrett is in his second year in the special education program at Niwot. His favorite class is PE, which he enjoys for the exercise. He also grudgingly admitted to liking math, “but some days it’s just hard.”

Barrett also enjoys periodic community outings with his classmates, such as their recent trip to the St. Vrain Career Development Center where he got matching lightning bolts shaved into his hair during a visit to the cosmetology department. They’ve also visited the library, Five Guys restaurant, and a grocery store. 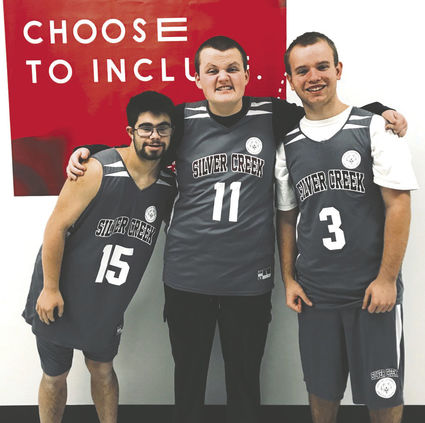 Outside the classroom, Barrett serves as the camera manager for the Niwot Football team and is also involved with the track team. He is also a member of Best Buddies, a club that promotes friendship between students with and without disabilities. The group meets twice a month for field trips or other activities.

Barrett is also a frequent companion to the Niwot campus supervisors.

“At lunch, I walk around and help Andrew [Hart] with the doors and say hi to people.”

Rauschkolb said that Barrett’s engaging manner and positive attitude make him a welcome face at those doors.

“Misha is just a great young man,” he said. “He brings a smile to the face of everyone he talks to. He doesn’t hesitate to go up and ask people how they’re doing and how they’re day is going. He just brightens the mood of everyone at school.”