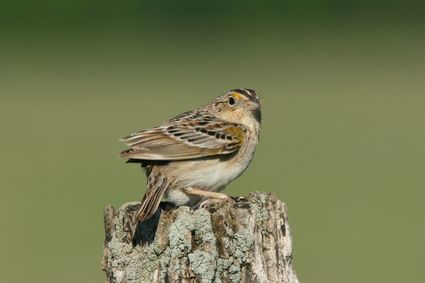 Gunbarrel Hill, the unassuming entrance to the Great Plains of America, is being stewarded into the second major phase of its decades’ long restoration. Boulder County Open Space and Mountain Parks (OSMP) is asking for the community’s help in realizing the vision of an area that is a healthy, balanced wildlife habitat and an enjoyable recreation space.

The Gunbarrel Hill Open Space includes the area bordered west to east by 75th and 95th Streets, and north to south from Lookout Road to the White Rocks area. The geological formation of the actual hill, which rises incongruously out of the fields leading up to it, was created by rivers and creeks running down off the Rockies millions of years ago, carving away large chunks of land around what is now Gunbarrel Hill. The resulting deposits made the surrounding area prime for prospecting and subsequently, agriculture.

Viewing the area as an integral part of the long-range vision for protected open spaces around Boulder, the county began purchasing the land around Gunbarrel Hill in the 1980s, and by 1991 the area was almost fully under the umbrella of OSMP.

But by then the longest prairie restoration project in OSMP’s history was well underway.

Working with the USDA’s Conservation Reserve Program, OSMP began planting native prairie grasses and eradicating invasive, non-native species. After years of tilling and monoculture, the dessicated soil slowly began to accept the native species that were being planted, and the few native species that had grown in gullies and survived the plow, began to spread.

“We learned a lot, and it’s taken a lot of work,” said OSMP Plant Ecologist Lynn Riedel, said of the planting effort that began in the late 1980s and continued into early 2000.

In 2010, OSMP undertook research for their Grassland Ecosystem Management Plan, to see what their efforts had yielded. The results were promising.

Research revealed increased numbers in ground-nesting birds, which will only nest in healthy prairie grasslands. The OSMP wildlife ecologists counted increased numbers of grasshopper sparrows, an endangered species, as well as burrowing owls, which only nest in abandoned prairie dog burrows. A species of butterfly that only lays its eggs on two types of prairie grass and then depends on nectar from select prairie wildflowers has also been spotted in greater numbers.

This has been heartening news for the people involved in the long restoration.

“Grasshopper sparrows are in fast decline throughout the U.S., and at this moment, the population of the grasshopper sparrow is the densest in Boulder County,” said Will Keely, OSMP senior wildlife ecologist.

That doesn’t mean the species is anywhere near being removed from the endangered list.

“America’s prairies and grasslands are disappearing at an alarming rate, and we’re losing grassland bird species at a rate of two-percent annually. That’s a lot,” said Keely.

Gunbarrel Hill is a popular area for cyclists, hikers, horse owners, and also an off-leash area for dog owners who have acquired City of Boulder Voice and Sight tags. Ideally, people, bikes, dogs and horses would stay on the designated trails, but several non-designated trails have formed over the last ten years.

That spells trouble for the native species’ comeback.

“Ground nesting birds’ nests are hard to see,” Keely said, emphasizing the point by showing a photo of grass with a near-invisible nest. Several ground-nesting bird species are also area-sensitive, meaning they need large blocks or areas of habitat in which to successfully breed.

“We want the community’s help in reviewing our draft goal for managing this area, to confirm our goals and objectives, and to share how we all see this place,” said OSMP Planning and Design Services Supervisor Mark Gershman. 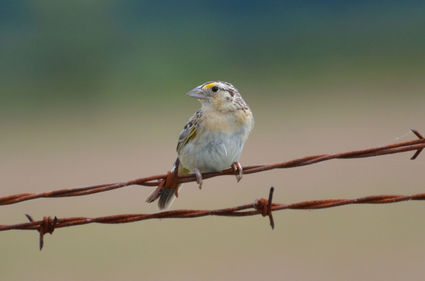 To gather input toward that effort, OSMP hosted the first of several community meetings on Jan. 23 at Heatherwood Elementary. About 60 people attended, as well as several OSMP employees. The program started with an informative presentation by Lynne Sullivan, an OSMP educator, about the geological, biological and cultural history of the area, followed by presentations by Keely, Riedel, and Gershman.

After the presentation, Gershman opened up the discussion to begin sharing information with the community.

“This is a community resource,” said Gershman, “so it should be a community effort to improve the system.”