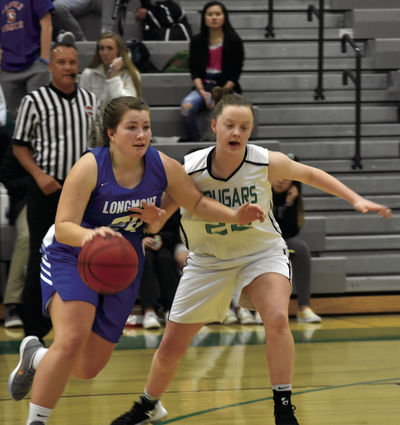 Up by double-digits late in the third quarter, the Cougars and their normally trustworthy defense yielded 13 straight points to the Trojans, turning what should have been a blowout win in regulation into a 47-46 heartbreaker in overtime. Afterwards, Ward said a shortage of “basketball IQ” played a role in their failure to hold the lead.

“It’s hard when you’re up 15, which at one point we were,” Ward said of the tough loss. “I think we got soft a little bit. We don’t know how to play with a lead…and that’s the difference between playing JV last year and playing varsity this year.”

The shocking defeat was just one more confusing data point for the coach, who isn’t quite sure what to make of her team’s o-3 performance in the first week of Northern League play. Though their offensive output was noticeably improved over the stretch, there was a corresponding dip in defense, resulting in three straight close losses that easily could have gone the other way. “The frustrating part is that we know we could have won all three of those games. We could and should be 3-0 instead of 0-3. We lost three games by six points, so that’s even tougher.”

The Cougars nearly pulled-off a double-digit comeback of their own against Northridge in the league opener on Jan. 8, but instead fell 46-45 in their first one-point loss of the week. Against Thompson Valley on Jan. 9, the Cougars lost another late lead and ultimately fell to the Eagles by four (40-36).

Ward said the team’s inexperience was compounded by loss of junior Nikki Sims, who is recovering from a concussion suffered off the court.

“The rotation and subbing pattern for having guards on the floor is off,” Ward said. I don’t like to play Elise [Crall] and Elise [Gillette] on the court on the same time. I like to be able to have one Elise on and one Elise off and sub them in for each other…. Hopefully she’ll be back against Silver Creek and that should help us and we can right the ship.”

Ward’s frustration with her team was tempered by an outstanding individual performance by senior point guard Elise Crall, who has been tapped for a more active role in Sims’ absence. Crall’s speed with the ball has proven to be a big advantage for Niwot in transition, and Ward was hoping to see even more from the senior.

“I’ve been on her and getting in her face a little,” Ward admitted. “I’ve been pushing her to be a better point guard, and I thought she was a really good point guard tonight. Now we just have to have four other people step up and play with her—play defense, convert when we get steals, and use a little bit of basketball  I.Q. to figure out what we need to do and when we need to do it.” 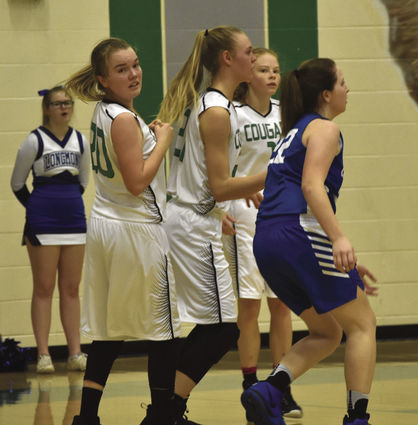 Crall led the Cougars with 11 points against Longmont, and ended the week with 22. She also had nine rebounds and four steals during the stretch. Though Crall was happy to see the team’s scoring improve, she also pointed out an unfortunate tradeoff that hurt them against the Trojans. “We’d get an offensive run and then we’d get tired on defense and let them get an easy basket or easy drive.”

Ultimately, Ward believes her team can still be competitive in the Northern League this season. After frontrunners Greeley Central and Thompson Valley, there isn’t a clear third-place team, and Ward said Niwot is still in the running.

With the losses, the Cougars fell to 3-9 on the season and is winless in the Northern League. Niwot takes on 7th-ranked Greeley Central at home on Jan. 15, then travels to Silver Creek on Jan. 18.