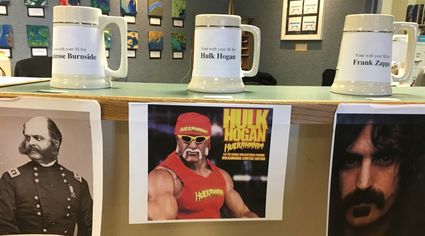 A score of Dawson faculty and staff let their beards grow to resemble one of three famous looks: Frank Zappa, Hulk Hogan, and Ambrose Burnside.

In a takeoff on No-Shave November, Dawson School recently held Don't Shave December for some follicle fun benefiting area nonprofits. Three famous bearded looks were selected - Frank Zappa, Hulk Hogan, and Ambrose Burnside, namesake of the 'sideburn'. A score of Dawson faculty and staff let beards grow during December, as students voted with spare change for the winning look. In addition, each K-8 student was given a dollar with which to vote, helping underscore the message that "one of the best things you can do with the money given to you is to invest it in causes you believe in." 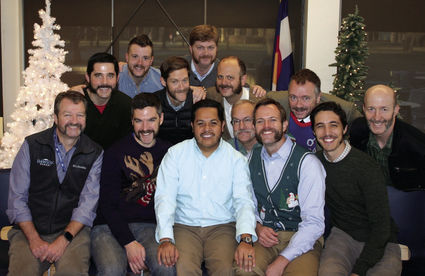 The winning look was announced Wednesday, Dec. 19; that evening, the beardists created the look of Civil War general Ambrose Burnside, proudly showing their looks on campus the last day before winter break. All proceeds were donated to area non-profits A Precious Child, Ronald McDonald House, and Share-A-Gift as part of three holiday drives Dawson was conducting.

Dawson gathered some of the participants for before-and-after photos. We'll see who is still sporting the look after winter break!