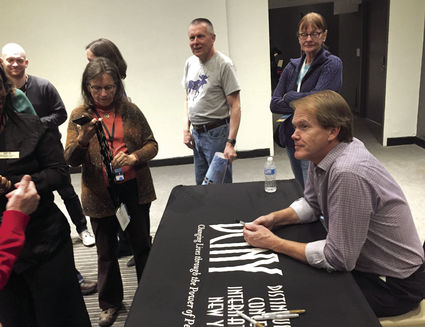 The Niwot United Methodist Church Choir’s (NUMCC) performance at New York City’s Carnegie Hall on Nov. 18 was a memorable experience for the small but accomplished group of local singers.

NUMCC, under the direction of Liz Olson, had been rehearsing for a few months prior to their performance of Pepper Choplin’s Christmas Presence cantata as part of a 275-member choir. Choplin, who also conducted and directed the choir’s performance, drew rave reviews from the members of NUMCC. “Pepper Choplin has a great sense of humor that relaxed the chorus members and made it fun to practice and learn even more ways make the cantata special,” Dennis Knowlden said.

Olson said Choplin “had a very specific goal in mind with each section he introduced. He was also hilarious and very uplifting, leaving us in great spirits for the performance.”

Frank Landis added, “It was a great learning experience to be directed by and learn from the huge creative energy that is Mr. Pepper Choplin.”

Gayle and Mike Weiss added that singing with a full symphony orchestra was “awesome and inspiring.” Penny Landis said it was “exciting to be in the city that never sleeps, on that city’s most famous stage, and it was humbling to actually be on that stage.”

Choplin’s choir was the first act to perform for the almost sold-out two-part show, and sang for 40 minutes, receiving a standing ovation. Choir members were challenged by the intense rehearsal schedule, but still managed to fit in some sightseeing in the Big Apple, including the 911 Memorial, Ellis Island, St. Patrick’s Cathedral, Times Square and Central Park. Knowlden, whose wife Minetta accompanied the group, said “We discovered a grandmother who went through the experience of Ellis Island.” 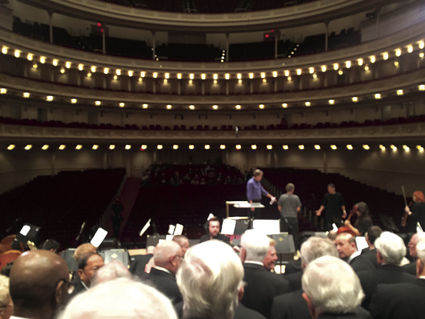 NUMCC members expressed their gratitude to the NUMC congregation, director Olson, their accompanist Pat Koh, and their fellow choir members.

Kate Warren said, “It was very powerful and moving to sing a piece like that with so many singers and a full orchestra.” Added Frank and Penny Landis, “It was heartwarming to deliver music that was moving in both the message and in the music itself.”