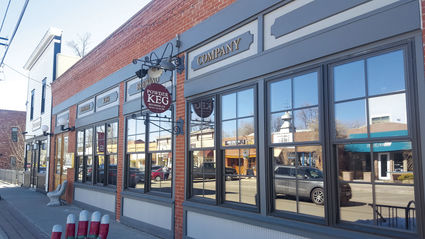 On Oct. 17, the former home of Chris Finger Pianos and Powder Keg Brewing Company at 101 2nd Avenue in Niwot was sold to 3601 Park Ave Association, LLC, a New Jersey company. The LLC, registered to do business in Colorado, bought the building for $1,735,300 from the Christian and Barbara Finger Charitable Remainder Trust. Public records state the building was previously purchased in 1978 for $75,000.

Architects Fletemeyer and Lee Associates will continue to occupy part of the building. The space that was Powder Keg Brewing became available for lease in April of this year when the microbrewery closed its doors. It has remained empty since that time.

All of the brewing equipment, tables and chairs were sold, according to Chris Finger, former owner of the building.

The property is marketed on Gibbons White literature as “an ideal space for an office, restaurant, brewery or coffee shop.“ According to several sources, in order for it to be used as a restaurant, significant renovations would need to be completed to bring it up to code. Those changes would include heating, ventilation and air conditioning upgrades, along with sprinkler and grease trap updates.

While the building was initially included in the six-month moratorium on new development in Niwot enacted in September by the Boulder County Commissioners, it is located in the historical part of the Niwot Rural Community District, which has since been excluded from the moratorium. Although plans for a change in use could be submitted for site plan review, the wait time on allowable submittal dates is already past Feb. 1, 2019.

Chris Finger Pianos occupied the building for 35 years, beginning in 1978, until Powder Keg Brewing went in five years ago. In 2000, Finger also purchased the adjacent building at 121 2nd Avenue now occupied by the restaurant, 1914 House. He sold 121 2nd Avenue in November 2014 to Coyote Run Partners LLC, owned by the Mastronardi family, which operates 1914 House.

“I had a great 40 years in Niwot,” Finger said. “I worked with great people and I really enjoyed my time there. It’s a wonderful community and atmosphere. I hope the new owners find the right solution of what to put in there and I wish them great success.”