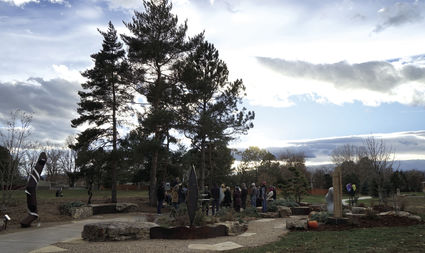 Casting a vote in the inaugural People’s Choice contest for Niwot’s Community Corner at Sculpture Park is a simple process, but that doesn’t mean it’s easy on voters. With eight diverse and highly engaging pieces in the running, the hardest part is choosing only one.

“Honestly I didn't think we'd get the number of quality pieces we have to fill this garden in this first go-round,” Niwot resident Scott Deemer said. Deemer, who owns landscape design firm Outdoor Craftsmen, was the chief architect of the Corner. “I thought we'd have a couple of good, quality pieces but I never dreamed we'd have all the spaces filled with such good works at this juncture.” 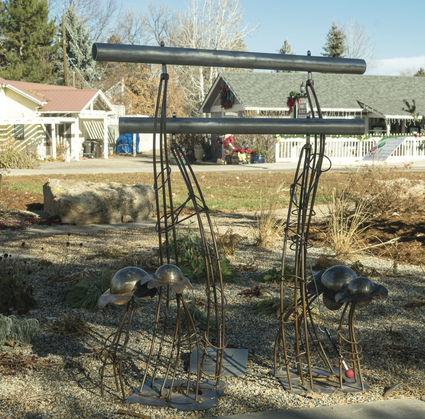 The Sculpture Park launched earlier this month at the southwest corner of 79th Street and Niwot Road, bringing Deemer’s vision of a robust public art presence in Niwot to life. The nine pieces in this initial installation were selected through a competitive process after a “Call to Artists” issued by the Sculpture Park Committee in August. Artist Joshua Pass received the top prize of $750 for his winning entry, “Feather.” That and the eight other sculptures will remain at the park for up to a year on loan from the artists.

Deemer and his company donated tens of thousands of dollars in labor and materials to the project, which he hopes will boost the town’s reputation as a fine arts hub. He was also impressed with the cooperative spirit that made the ambitious venture a reality.

“Working on the timeline we had, I thought we nailed it,” he said. “Thank you to the artists who have invested their time and effort into the creations. Kudos to them for being willing to participate in the inaugural season of this. They’re really the ones who put the icing on the cake here.”