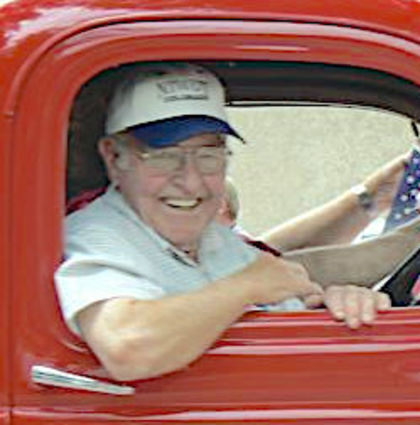 Donald Richard “Dick” Hicks was born on May 3, 1933 to the union of Chester Carl and Anna Louise (Hubbard) Hicks of Olathe, Colorado. He graduated from Western State College in 1955 with a BS degree in Accounting and a minor degree in drafting. Dick married Ann Josephine Warfel on June 14, 1953, in Olathe, Colorado.

Dick and his dad operated a logging operation and sawmill for several years. In the early 1960’s, he moved his family to Longmont to work on the new water pipelines in the area. He became manager of the Left Hand Water Company in Niwot in 1964. His next job was the love of his life…construction. He created Small Job Specialist and Agri-Builders West. Before retirement, he managed the Mountain View Egg Farm that housed 240,00 chickens. After retirement, he did taxes for H & R Block, friends and family, and was a handyman for many in the community,.

Dick belonged to the Left Hand Men’s Club. This club was a big part of what Niwot is today. They campaigned to bring a new elementary school to Niwot, Niwot Volunteer Fire Department (NVFD), the youth recreation program and to get 2nd Avenue in Niwot paved. Dick was also a firefighter with the NVFD. He was member of the Long Range Planning Commission of Boulder County, on the board of the Rural Fire Protection District.

One of his greatest joys was hunting and spending time at the Hicks’ homestead on the Blue Mesa. Dick earned his pilot’s license, bought a Cessna 182 airplane. Dick and Ann enjoyed flying all over the country. He was also die-hard Bronco fan and attended games for many years.

Celebration of Life open house will be held at the Left Hand Grange, Sunday, December 9 at 1pm.