Student-Athlete of the Week: Ares Reading 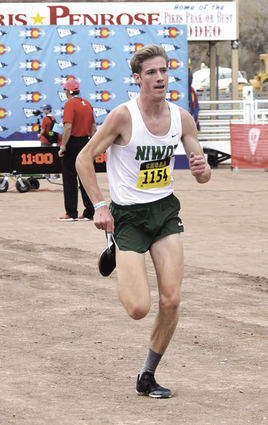 Niwot’s Ares Reading was not satisfied with his 11th-place finish at the cross country championships a year ago, so he decided to take a new approach for his senior year. Hoping to shake off the lingering effects of moving from California to a mile above sea level, Reading embarked on a grueling off-season workout program with his teammates over the summer in a bid for faster times.

“The season before the season is where the work really gets put in, so I decided to focus on that,” he said.

It was a good decision. Reading took second overall at this year’s Class 4A state championships with a time of 15:58, which was 16 seconds faster than his time in 2017.

That doesn’t come as much of a surprise to Niwot head distance coach Kelly Christensen, who also harbored misgivings about Reading’s rocky junior season.

“He underperformed so much in races last year,” Christensen said. “Mentally he never ran a good race. Part of that was learning to race at altitude….But he wasn’t super confident until towards the end of track season. He’s definitely conquered some mental barriers this season, that’s for sure.”

Reading was also more selective about his competition schedule this season, participating in just four races before the Class 4A regional meet on Oct. 18, with the encouragement of Christensen.

“It was just not to get as mentally drained from racing constantly,” he said. “You burn out quicker and he just wants me to peak later in the season this year.”

Reading also got a boost from competing every day in practice against his junior teammate and standout Cruz Culpepper, who beat out Reading for the state title with a time of 15:48. Culpepper won a slew of individual titles this season, and is considered one of the top high school runners in the country. 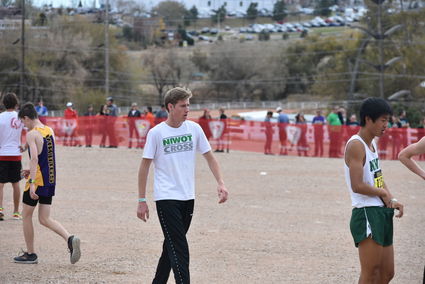 Senior Ares Reading warms up in the starting area before the Class 4A State Championships on Oct. 27.

In the classroom, Reading enjoys his history classes. This semester, the senior is particularly enjoying his AP Government class with Mr. Burton, where the mid-term elections are a hot topic. After graduation, Reading hopes to study marketing and eventually work in the sports industry.

Collegiate running is also in the plans for Reading. He is currently visiting with coaches and recruiters from a number of Division I schools, such as CU-Boulder, University of Arizona, Boise State, and Syracuse.