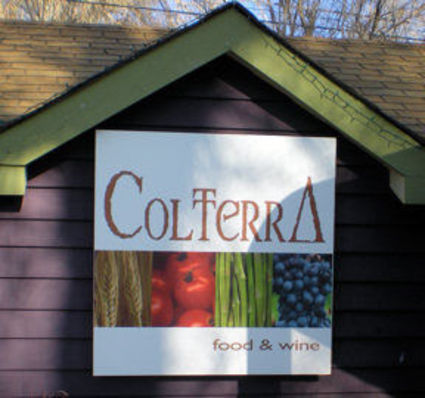 Owner of shuttered Colterra restaurant, Bradford Heap, announced that he is seeking to rebuild the fire-damaged restaurant in an expanded and perhaps mixed use format.

While attending a Niwot community meeting held by Boulder County Land Use staff on Oct. 17, Heap said that the county’s statement that the plans to rebuild his restaurant were approved and “ready to go” was fallacious because he was unable to meet the county’s requirement for additional parking spots. Boulder County Land Use Director Dale Case said he was unaware of that condition and suggested that he and Heap should speak following the meeting to discuss the matter further.

An email message from Heap dated Oct. 25 did not mention the parking issue as an impediment to moving forward, but instead stated that while plans to rebuild the damaged building were approved by the county, those plans will not be sufficient to allow the business to thrive. Heap’s approved plans thus far were to rebuild on the original footprint of the main building with an additional 343 square feet in order to meet present day building codes.

Boulder County records on Oct. 23 indicate that an approval has been issued for a “Site Plan Review Waiver to deconstruct 4,338 square feet of existing, fire damaged restaurant structure and construct a 4,681-square-foot restaurant structure on an approximately 0.23 acre site at 210 Franklin Street.” There is no mention within the determination letter of specific parking needs aside from the requirement to provide parking access for persons with disabilities. But before the October 2017 fire, Colterra leased parking spaces from a neighboring property to meet county parking requirements, and those spaces may not now be available to Colterra due to uncertainty about possible revisions to the NRCD regulations.

Boulder County Land Use Senior Planner, Summer Frederick stated in an email dated Oct. 25 that “The owner is now able to immediately apply for building permits for the work proposed and approved through this application.”

On that same day, Heap sent an email to Colterra’s mailing list stating “It has taken a year to determine an insurance settlement and get plans approved, but unfortunately, the insurance offer won’t make it financially feasible to reconstruct Colterra in its prior form. After researching many options, the best way forward is to redevelop the property with a new Colterra (including the historic Bader House) with additional space and possibly some residential.”

Heap spoke on behalf of his restaurant and other business owners hoping to develop their property at the Oct. 17 community meeting and called for an end to the six-month moratorium on building in downtown Niwot. County staff stated that the moratorium was imposed in order to review and make changes to the present NRCD regulations.

In his recent call-to-action email he reiterated, “The moratorium passed without any discussion with the community or local business owners. We need your help to get it reversed! This will pave the way not only for the new Colterra, but other new restaurants, shops and community amenities for the Niwot area.” He requested that supporters join him at the Oct. 30 meeting in front of Boulder County Commissioners and add their voices to the push back of the freeze on building in downtown Niwot.

Heap declined to speak with the Courier regarding specific questions about the “new Colterra,’ but stated in an email response that “Early indication is the proceeds from insurance are much less than we thought.” He further stated, “My family and other commercial property owners have made substantial investments in downtown Niwot. We purchased those properties with the Comprehensive Plan, current zoning in [sic] mind in the commercial district. My family invested in Colterra as our retirement.”

While participants at the community meeting were not aligned on many issues about how to proceed with new development in Old Town Niwot, there was rousing agreement from most every faction for Colterra to be on course to reopen. It remains to be seen if the community will be receptive to the building plans Heap may propose.