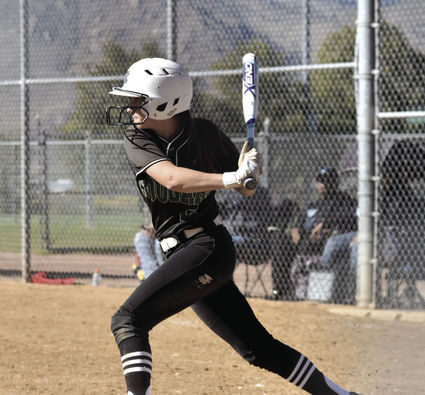 Junior Nikki Sims takes a swing against Pueblo West during the Class 4A Regional 4 tournament in Golden on Oct. 13. Sims had four hits on the day.

Picture perfect weather at Golden’s Ulysses Park served as a beautiful backdrop for a not-so-beautiful performance by the Niwot softball team at the Class 4A Region 4 tournament on Oct. 13.

Thanks to uneven defense and an uncharacteristically tepid offense, the 20th-ranked Cougars dropped two of three games on the day, bringing their first post-season run since 2015 to an earlier than hoped...