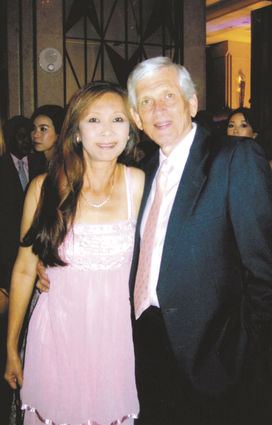 Mike and Nong Nicholas are celebrating 45 years of marriage on Sep. 30.

Mike and Nong Nicholas of Niwot will celebrate their 45th wedding anniversary on September 30, 2018.

The couple met at an Air Force base in Thailand, where Mike was serving as pilot, and they were married in New Fane, NY. In 1980, they came to Colorado, but relocated four years later after Mike joined the U.S. Foreign Service. The couple then spent time in Washington D.C., Egypt, Pakistan, Thailand, and the Philippines before Mike’s (semi)retirement in 1998. During this time, Nong held various positions at U.S. embassies around the world and was also on staff at the International School of Bangkok for nine years.

Back in Niwot full-time, Mr. and Mrs. Nicholas enjoy travel, volunteering, classic cars and entertaining. They are looking forward to spending time and attending events in the community.