Emergency has fortunate outcome for Pascucci 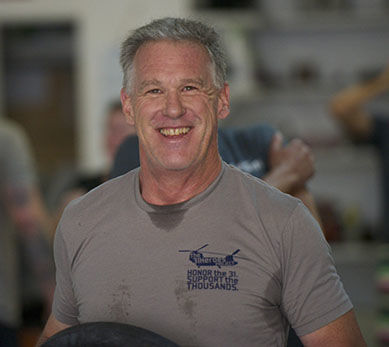 The aorta is the human body’s main thoroughfare for supplying oxygenated blood to limbs and organs. A very simplified description is that the aorta is an artery slightly wider than one inch in diameter, originating in the heart, descending through the abdomen and branching into two at the pelvis and down each leg.

September was designated Thoracic Aortic Aneurysm and Dissection Awareness month to draw attention to a possibly fatal condition if not diagnosed and treated. The incident of an aortic dissection, when the inner layer of the aortic wall tears, is rare – about three cases per 100,000, according to the Society for Vascular Surgery. For 20 percent of sufferers, it leads to death before even reaching a hospital.

Jim Pascucci, owner of Niwot’s Integral CrossFit and a Rolfing practice (soon to be jointly renamed Integral Health and Fitness Therapies), was fortunate to have lived through an aortic dissection, and his doctor credits his level of fitness for his survival.

Nine years ago Pascucci weighed 300 pounds. Since that time he’s made huge strides in his wellness by beicoming a CrossFit instructor and participant. At age 65, he’s now 213 pounds.

“I was working in my barn in the morning when I felt a pain under my left shoulder blade,” Pascucci said of the first symptom on March 18. “I assumed it was related to the work I’d been doing - driving stakes into the ground.”

The pain continued for a half hour and became intense enough for him to realize it needed medical attention. His wife Susan would be returning from a business trip that evening and Pascucci was worried if he didn’t get care quickly, she would find him dead when she got home. But first he wanted to clean up from the day’s labor.

Pascucci said, “While I was in the shower my right leg disappeared. It didn't go numb, it was just gone. I hopped out of the shower, literally, and got dressed, except for my pants which were downstairs with my cell phone. So, I had to crawl dragging the dead leg about 50 feet to get to the phone and my pants.”

As he called 911, sensation returned to his leg in the form of searing hot pain. With the combination of shoulder and leg pain, his rescuers thought it was likely his heart was the cause so they ran an EKG before loading him in the ambulance. The results came back normal.

Pascucci was transported to Longmont United Hospital’s emergency department where they ran a CT scan and diagnosed him with an aortic dissection just below the aortic arch into the pelvis.

Now considered a level one trauma condition, he needed to be moved to a different medical facility. What normally would have been a quick trip via Flight for Life, became a 40-minute ambulance drive to St. Anthony’s Hospital, thanks to a snow storm grounding helicopters. Pascucci recalls being introduced to a surgeon and, in short order an anesthesiologist giving him pain medication.

“The next thing I remember is hearing Susan's voice telling me to wake up. I opened my eyes, saw her face and gave her a thumbs up. I knew I hadn't died,” Pascucci said.

The surgery that saved his life was eight and a half hours long and he was in the intensive care unit for nine days.

“The surgeon told me I survived, because I was strong, and that strength would now be something I had to regulate as I healed,” Pascucci said. “They had cracked open my chest and he was worried that my stubbornness would cause me to push too hard too fast. My chest was wired together and he was afraid I would rip the wires out of the bone.”

Two weeks later he was back in the gym, to watch, not to work out. A month after surgery, he returned to his Rolfing practice. But three months post-surgery, just six weeks ago, follow up tests showed an emergent aortic aneurysm – a bulge in the artery.

Pascucci underwent another operation to insert a stent (a tube to support the walls of the artery) and a bypass within the aorta. He will be on medication to manage existing aneurysms and for the next three years, he will get a CT scan four times a year.

“The person I was before would not have survived this,” Pascucci said.

Most aortic dissection patients are men 60 years and older. Causes of the condition are linked to chronic high blood pressure, hardening of the arteries, or a genetic predisposition. Screening tests include ultrasounds, CT scans and MRIs and are highly recommended for those at risk.

Symptoms of an aortic dissection are often confused with those of a heart attack - severe chest and upper back pain, leg numbness or pain, abdominal pain and shortness of breath. Immediate treatment is key to survival. For more information, visit: http://www.heart.org/en/health-topics/aortic-aneurysm/your-aorta-the-pulse-of-life