Barrett means business in run for the board of education 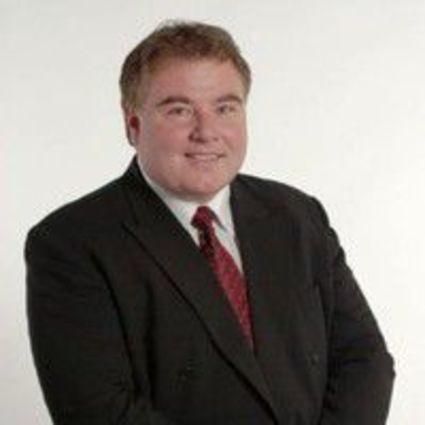 Niwot resident Johnny Barrett is running for office to serve on the Colorado Board of Education for the Second Congressional District.

Back to school season is a sensible time to be evaluating who influences and makes decisions for our area’s educational institutions. November 6 is election day for the Colorado State Board of Education member from the Second Congressional District (CD2).

A Niwot resident since 1989, Johnny Barrett (R) is challenging incumbent Angelika Schroeder (D) for the position. Schroeder is the chairwoman for the predominantly democratic board and has held the CD2 position for nine years. She was appointed in 2009 because of a vacancy, and was then elected for a six-year term beginning in 2013. Board of Education members are limited to two six-year terms.

Barrett’s community involvement began in Niwot where he serves on the board of directors for the Niwot Community Association and has spent more than a dozen years as a Cub Scoutmaster and Boy Scout Official.

While most Board of Education members have some background in politics and/or academics (whether teaching or in administration), Barrett’s professional experience is exclusively in the business world. Barrett attended vocational school, community college, and ultimately earned a Master of Business Administration degree. He is a senior executive in sales and business growth at Teradata.

Barrett said his desire to join the board comes from being the parent of three children, who are now 15, 19, and 21 years old. Each of Barrett and his wife Twila’s children has learning challenges. Their struggles have given Barrett the perspective that the school system is not attaining high enough results.

Graduating students in this district “are not prepared for employment, let alone going off to college,” Barrett said. “I started digging into the district statistics and one of the things I looked at is third graders. Why that’s important is that it’s a bellwether year for kids because they spend the first two years of education learning to read and by third grade you’re reading to learn. And do you know that where we are at right now is that 6 out of 10 third-graders can’t pass third grade? Why I’m running really boils down to the fact that only 2 out of 10 fifth-graders can pass algebra one. What about the rest of them?”

He also stated that 30 percent of high school graduates go on to attend in-state higher education and statistics show that of that group, 40 percent have required remedial assistance. He’s disturbed that more money would have to be spent by parents to bring their students up to speed to prepare them for higher education when public schools should be accomplishing that task.

Being a member of the Board of Education requires attending monthly meetings, which are sometimes two consecutive days in a row, where decisions are made, along with a great deal of reading and research to stay up on issues. He sees the public as being complacent when it comes to Schroeder’s performance on the board, which he feels has been unimpressive.

He admits it will be a challenge to win the position because he’s a dark horse, he needs to raise campaign money to reach the public, and because election politics play heavily into the equation. Even though he doesn’t believe politics belong in education, he acknowledges they come into play from a spending standpoint and because people want their political concerns brought to the state level, such as school safety and the issue of storing a rifle in high schools. He is supportive of this request by the Boulder County’s Sheriff’s Office for Niwot and Lyons High Schools.

“Politics start in our backyard” Barrett said “and what I mean by that is that everybody is angry at Washington, but we are developing our future right here in our backyard, and if people are not interested in what our local school boards are doing, that’s a problem.”

Barrett said teaching students to think critically, rather than rote learning, and putting more emphasis on teaching basic skills should be priorities. He sees this approach as particularly important at this time because baby boomers are retiring, causing a shortage of skilled workers.

Students don’t have to go to four-year colleges to make a living, he stated. Companies are willing to hire high school graduates to become welders, electricians, and plumbers, training them on the company’s dime and ultimately paying them in the six figures. This is what Barrett refers to on his platform as “Great Schools = Great Businesses” or the partnership of businesses and education to prepare learners for in-demand careers.

Barrett said, “This November, we are voting on a $1.6 billion tax increase for education. If you have $1.6 billion, what are we improving, where is it going? So far we haven’t identified how to use that money to fix the problems. I worry it’s going to get to be spent in other ways.”