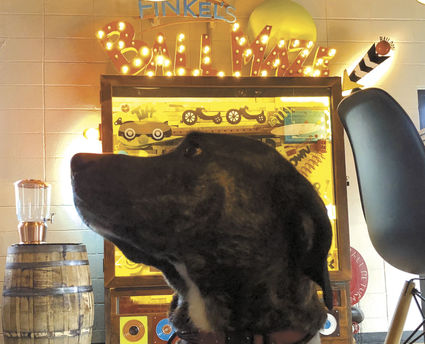 In 2016, The Atlantic featured a story determining the markers of thriving American communities—towns and cities that were able to be successful after the 2009 recession. Among the findings of the three-year project was the common factor that those communities all had craft breweries. Small breweries often revitalize older neighborhoods, bring life to industrial parks and create public meeting spaces for the locals.

It’s clear that Colorado, with our mind-boggling array of craft breweries and small label taprooms, proves that commonality to be true. And some Gunbarrel beer crafters are taking it a step further by creating and supporting events designed to build up our community and help it thrive.

Longtime Gunbarrel residents Jamie and Marie Fox see their Gunbarrel Brewing Company taproom as “Gunbarrel’s living room.” The Foxes began dreaming up their business almost five years ago in an effort to create a sense of community for Gunbarrel.

“We recognized for a very long time that folks in Gunbarrel didn’t have a place to go out to. We were all always getting in our cars and driving somewhere else,” said Marie Fox. “We want to appeal to a broad range of people, so we try and have events of all kinds. People who have lived in Gunbarrel for 30 or 40 years have come in with tears in their eyes, because they never thought there would be something like this here. Now they have a place they can walk their dog to, have a beer, listen to some music, and walk home.”

Gunbarrel Brewing Company, in addition to hosting food trucks almost every night, offers a full roster of events every month, from trivia and board game nights to fun runs and musical guests. When asked what their most popular events were, Marie Fox replied, ”So many of our events sell out, so I can’t even say which the most popular ones are.”

Finkel & Garf, a father-son venture owned by Dan and Eric Garfinkel, believes that beer should, according to their website, “facilitate great moments between family and friends.” To that end, the colorful taproom has a fun, dog-friendly outdoor seating area that caters to kids, too; games galore that can be played at the tables while enjoying a brew and some snacks; and a calendar filled with charity events, trivia nights, comedians and more.

The old-timer among Gunbarrel breweries, Avery Brewing, has been in Boulder for over 25 years, and shows its community love by creating a positive and fun space by making it kid-friendly, throwing celebratory events (usually centered around beer), and supporting local non-profits in the community through donation events. According to Avery’s Vanessa Cory, “We wouldn’t be here today without this community, so it’s important for us to give back to the community that has supported us and we find that the best avenue to do that is through non-profit donations and throwing awesome beer festivals.” 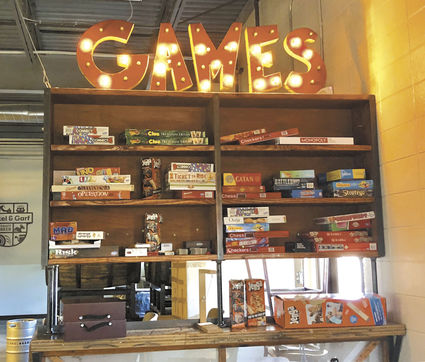 All the games you want are on tap at Finkel & Garf.

Asher Brewing builds these connections by hosting events, such as one of the only all-original trivia nights in town, hosted by one of their regular bar patrons. They’ve also hosted a wedding for two of their patrons as well as an adult prom, and their taproom is a popular happy hour meeting spot. To support the local farming community, Asher takes part in many sustainability initiatives. It also hosted the Flatirons Young Farmers Coalition meetings regularly in the taproom, donating beer to both their meetings and the farming celebration event. And, like many local craft brewers, they donate their spent grain to local farmers, who feed it to their livestock.

These local breweries provide Gunbarrel the opportunity to have fun, be entertained and connect with others working and living in their own neighborhood. That’s worth raising a glass.