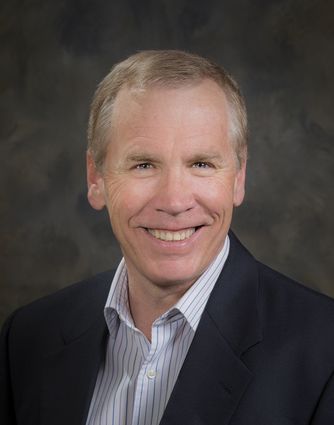 Bob Faus, age 59, of Niwot, CO passed away at home on Aug. 10, 2018 surrounded by his family after battling pancreatic cancer.

Bob was born in Honolulu, HI, to Robert Bert Faus and Patricia Brown Faus. He grew up in Honolulu, but had the opportunity to briefly live abroad with his family in the Philippines, Spain and Italy. He attended and graduated from Hawaii’s Punahou School. Bob received a BSEE from Kansas State University and an MBA from CSU.

He had a very successful 34-year engineering career in Boulder County where he worked for NBI, Ball Aerospace, where one of the highlights of his career was that he designed an electronic box that was part of the repair mission for the Hubble Telescope, Pfizer, where he designed a very successful electrosurgical generator, ASD, Inc., where he helped the company grow into a prominent analytical spectroscopy company, and Trimble Geospatial Imaging, where he managed six teams located across Europe. He was particularly proud of leading ASD’s Community Food Share drives which won the corporate competitions several times. In 2016, he left his engineering roots to become a Business Broker for Touchstone Business Advisors. Bob is named on several patents and he was always writing down ideas for potential inventions.

Bob has been a Niwot resident since 1994. In his home life, he loved sports cars, road cycling, being a scout leader, camping and exploring the mountains with his wife. His favorite pastime was riding his recumbent bike on the roads to Hygiene, Lyons and Carter Lake. Bob had an upbeat personality and an amazing sense of humor which helped him and his family stay positive during his illness.

Bob met his wife, Voni at age 18 a week before they started college at CSU in 1977. They have been together ever since. They were married in 1984. He is survived by his wife Voni, son Kelly Robert, daughter Kristin Leigh, mother Patricia, sister Nancy Giles (Jerry) and sister Betsy Engelking (Steve). Services and a reception celebrating his life will be held Sunday, Sept. 2 at 3:00 pm at Unity Columbine Spiritual Center, 8900 Arapahoe Rd., Boulder, CO 80303. Honoring Hawaii’s significance in Bob’s life, aloha attire would be appropriate. In lieu of flowers, donations to Pancreatic Cancer Action Network (Pancan.org) or the Boulder County Community Food Share (communityfoodshare.org) would be appreciated.