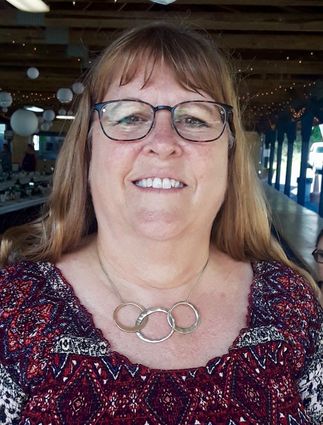 Julie Breyer is a dedicated community volunteer and for all of the time and energy she has given to Niwot, she is this month’s Left Hand Laurel recipient.

A parade can’t organize itself. There are participants to approve, cars to be rerouted, decorations to be purchased, and the parade lineup had better not have any horses in front of a Girl Scout troop without a cleanup crew in between or it might get messy.

Julie Breyer knows these things well because for the past five years she’s given a lot of thought to organizing Niwot’s Fourth of July parade. Breyer is a member of the Niwot Community Association’s (NCA) Fourth of July committee, which includes fellow Niwotians Kim Hawksworth and Kathy Koehler. Breyer’s main task starts three months before the parade. She is the liaison with the parade participants and she decides on the best order for the procession.

“My first year, ‘I thought, how hard can this be?’ But then you realize that you have four different musical groups and if you put one of them next to another musical group, neither of them is going to be able to play,” Breyer said. “The parade keeps getting bigger. The first year there were around 27 participants and this year we had around 40.”

Participants come from all over Boulder County, and each year new organizations and companies want to join in the fun with monster trucks, floats, cars or on foot. The committee also puts together more than 300 decoration packets for children who want to fancy up their bikes and ride in the parade. On the day of the event, the whole committee is busy working with volunteers, parade participants, and cleaning up after the event.

“It’s a huge committee effort,” Breyer said.” The three of us just work really well together.“

Fellow committee member Kim Hawksworth said, “Julie goes so far above and beyond as a volunteer. She is an integral part of our Niwot 4th of July celebration committee and never hesitates to volunteer for other NCA events. She’s accessible and delightful - we would be lost without her!”

But the 4th of July is just one of many volunteer activities on Breyer’s plate. Her project this time of the year is helping to organize the National Night Out event. That committee works with the Boulder County Sheriff’s Department and makes sure everything goes smoothly; discussing the logistical details, running necessary errands beforehand, and soliciting donations for the event.

“Julie is not only a huge asset to Niwot Elementary but also to the entire Niwot community,” NES Principal, Nancy Pitz said. ”She works hard to make connections with students, staff, and parents, and her positive energy and passion is endless. She cares deeply about each and every one of her students. We are so fortunate to have Julie both as a teacher at NES and also a member of the Niwot community!”

Breyer has been a member of the NCA for the majority of the time she’s lived in Niwot.

Kathy Koehler said, “I have been fortunate to work with Julie on many event activities in our Niwot community. Julie is enthusiastic, good at organizing and logistics, so when it comes time for the event to take place, everything is well coordinated. She is a loyal friend and it’s a pleasure to be on a committee with her. “

Even in her early years as a Niwot resident, Breyer was involved in the community.

“It was all smaller stuff back then,” Breyer said. “There was the Christmas event that we held at the firehouse, the chili cook-off and when my kids were little, I was into girl scouts and boy scouts.” She was also one of the founders of Niwot softball, Inc., an organization that supports the Niwot High Softball program.

She’s been “in the field” hiding Easter egg treats and bringing on other volunteers to help with Niwot’s annual Easter egg hunt for the past two decades.

Originally from California, Breyer and her husband Bob moved to this area for his aerospace engineer job 30 years ago. They have two grown children, Dana and Patrick, who went through the Niwot school system and still live in the area.

Dedicated Rockies fans and theater fans, Breyer and her husband are season ticket holders for both the baseball team and the Buell Theater. Her other passions are working out, party organizing and cake decorating.

Dana Breyer Saltzman, who works for Elevations Credit Union, and her mother brought the Junior Achievement to NES, working with kids from second through fourth grades in the economic and community based five-week program. Patrick Breyer is a musician who likes to visit his mom’s classroom a couple of times a year to teach students about songwriting and playing the guitar.

Breyer said, “With the things I do, kids are always a big part of it for me. It’s really important to me to connect with kids and get them involved in service, like in the parades, at the elementary school helping me for an hour or two after middle school or high school lets out, and for the Easter egg hunt. I think volunteering is such a huge component in the community.”