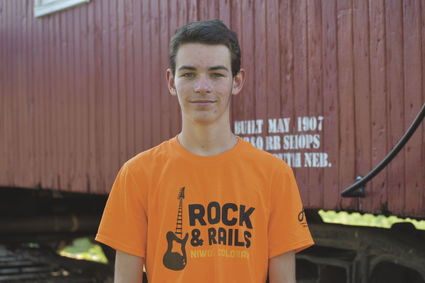 Rock & Rails Volunteer of the Week Joey Dapolito will be a 10th grader at Niwot in the upcoming school year.

“I like helping out my community,” the 10th grader said. “It’s important to keep these parks clean.”

But, like many of his longtime gargoyle cohorts, it’s the music that brings him back year after year. His favorite show so far this year has been The Long Run, even though the large crowd the band attracted added both to his workload and stress level.

“The hardest part is trying to tell people where to go when they’re not really listening or paying attention,” he said.

Dapolito is looking forward to meeting new people in his upcoming sophomore year at Niwot High. Outside of school, he will be working toward his second-degree martial arts black belt. Earlier this year, he earned his first-degree black belt, an accomplishment ten years in the making.