How David Perry runs his life 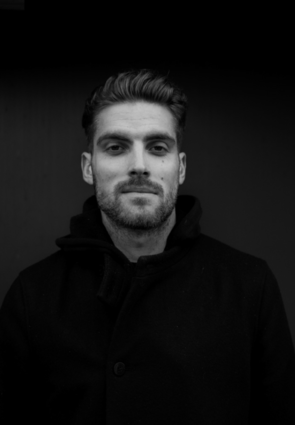 David Perry, a Niwot High School graduate, has found success in athleticism, education, and business through his love of running.

The act of a person, animal or thing that runs is what you will find in the dictionary when you look up the word running. For David Perry, running is that and so much more. It embraces what he does – twice a day; what his job revolves around – partnering with Adidas on creating their apparel and footwear; how he helps others – motivating groups of runners in the community. It’s a conduit for expressing creativity and using his business sense – pouring it into his own clothing brand, and it dictates where in the world you might find him – NYC to Berlin these days.

While attending Niwot High School, Perry was a standout runner in cross country and track. In his senior year (2010), he was the state champion in the 3200 meters in Class 4A. He went on to attend the University of Portland (OR) on a track/cross country scholarship, where he earned his Bachelor of Business Administration degree in entrepreneurship and then a Master’s in Business Administration, focused on business strategy, in 2015. That was also the year he started BLKRBN (pronounced black ribbon), his own line of clothing.

“The university really gave me tools and helped me create the financial structure and everything I needed to set up my own business,” Perry said. “Being in Portland, you’re near Adidas corporate headquarters and Nike world headquarters. I have a ton of mentors who help me source, produce, and create good athletic clothing.”

Perry said the time he spent with other athletes helped him realize they really want clothing that’s “relatable, able to be worn inside and outside of their sports, and could be worn as a lifestyle piece.” BLKRBN menswear line is made in the USA from technical fabric, meaning it’s breathable and allows for a comfortable range of motion.

These days Perry calls New York City home. He’s an Adidas-sponsored, sub-elite runner. Sub-elites are a pool of runners Adidas works with on a community level. This status is intended to help Perry to grow into a professional running career.

He’s running at a very high level, but the actual act of running isn’t the end-all for Perry. Being sponsored means he’s supported so he has time to train hard and perform well in races while he also works side by side creatively with Adidas product developers, and represents the company as their NYC running captain to a community of over 300 runners.

His current personal athletic goal is the Berlin Marathon on September 16th.This will be his second consecutive year running this particular 26.2 mile course. The first time he ran it was kind of unplanned.

“I told myself running a marathon was way further down the line, if even.” Perry said “But as a favor to a friend of mine, I said I would help pace him to the halfway point. I did that, but then I stayed in the race and finished close to him. My coaches said, ‘Now I guess you’re going to be a marathoner,’ so I had to keep training.”

Given the stellar manner in which he completed his first unintended marathon (2 hours and 30 minutes), he qualified for the Boston Marathon this year and endured one of the worst races ever from a weather perspective with temperatures in the 30’s and heavy rain and sleet. Yet he finished in 2 hours and 41 minutes.

Perry said, “It was a terrible second marathon, but I survived. It definitely makes you tougher. I wanted a 2:20 finish, but no one ran it well.”

He’s now deep into training to meet the requirements for the US Olympic Trials in spring of 2020. To do that, he needs to complete a qualifying marathon in 2 hours and 19 minutes or less, so he’s heading back to Berlin to run a deliberately fast race.

The name of Perry’s clothing brand, borne out of a reverence for the depth of struggle and sacrifices humans make to get where they want to be, signifies to Perry what it takes to be a runner. He’s creating the second collection in his brand, this time featuring more than 20 pieces, which he will premier during fashion week in NYC.

“Now I’m a professional and I have to take it more seriously than when I was a student,” Perry said. “Originally I was working with stores in LA, Portland, and Denver. I sold through the majority of my first collection and I have an online store. For the second collection, I’m going to work with some small boutiques in NY and some online stores as well. Now that I’ve been here for a little over two years, I’ve built a network in the industry.”

Perry describes his life as a dream. A typical day includes getting out the door by 7 a.m. for his first run of the day. Then he’ll work on his clothing brand, consulting with Adidas to plan runs and additional workouts for the NYC community, and collaborating with other apparel designers. Then there’s his second run of the day.

Adidas fosters innovation in fashion and considers its employees to be “creators.” While it’s expected that Perry does well competitively in races, he’s not obligated to get specific times or places.

“Those expectations are not looming over my head,” Perry said. “For me, I’ve really leaned into the fact that I’m a creator and I know clothing. My competitiveness is there as well, but I don’t have the pressure that a normal professional does, which is really super nice.”

Perry said he tries to get home to Niwot as often as possible. On Friday, Aug. 17th, from 5:30-7:30 p.m., Perry will speak at Dawson School (where his mother Holly Smith is a counselor) about his running career, his education and business, and his work with Adidas. The following morning he’ll lead a run with local professional runners and any other runners who would like to join in. The group will meet at Tom Watson Park at 7:30 a.m. For more information and to RSVP, visitwww.DawsonSchool.org/PerryTalk and www.DawsonSchool.org/PerryRun.