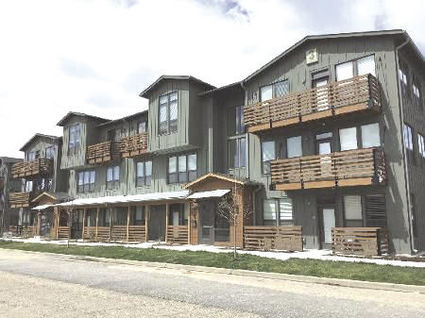 Gunbarrel Center, is west of King Soopers, opened in 2016 and is about 97 percent rented.

Taking the pulse of commercial leasing within Niwot and Gunbarrel, there was a general consensus among local experts that the business environment is in a robust state overall. The recurring themes were that vacancy rates are low, and that brick and mortar retail businesses are harder to attract than businesses in the service and food sectors.

Some prominent spaces on the market or soon to be on the market include locations on Second Avenue in Niwot, and within Cottonwood Square and Gunbarrel Center.

In Niwot, soon to be vacated is the space presently occupied by Bell, Book, Candle and Coffee at 198 Second Avenue. The approximately 900 square-foot corner commercial space will be available Sept 1. The building recently changed hands and the new owners, working through broker associate Christian Smith from the Colorado Group, are actively searching for a new tenant.

“We could probably put an office tenant in there tomorrow,” Smith said, “But we are trying really hard to hold out for a retail user.”

Smith said, “We would work with the new tenant on signage and exposure. We get a lot of pressure to get a retailer in the spot. That area has so much potential and I’m surprised that retailers are not seeing the same thing. If you can reach people locally and make a name for yourself, there’s a lot of success to be had.”

Keith Burden of commercial leasing company Burden Incorporated said his company’s portfolio of “over a few hundred thousand square feet” has a vacancy rate of less than two percent. Aside from the anticipated move of Left Hand Animal Hospital from 134 Second Avenue to the former Neighborhood Learning Center of Niwot at 304 Franklin Street, all of the spaces they own in Niwot and in their south Longmont shopping center at the corner of Hover and Ken Pratt Streets are now fully occupied.

“It’s been pretty good over the last few years,” Burden said. “It has certainly changed from when we were in the depths of the recession. Services are doing well. Goods-type of retail is drying up a bit more. That’s generally what’s happening across the country. People are tending to shop more online and finding better deals and more convenience shopping online. It’s not just Niwot experiencing that, and of course now it’s probably going to be more impacted by that because we don’t have the traffic that your typical shopping center might have.”

Several brokers mentioned that the lengthy closure of Colterra’s Restaurant at 121 Franklin Street due to a fire in October 2017 was having an impact on the town’s draw. In June, Colterra owner Bradford Heap submitted a request for a site-plan review waiver to rebuild the restaurant. No projected timeline has been brought forward.

“It’s always hard to lose an anchor in town,” Burden said. “But the town continues to be a great destination for people and it’s just a matter of finding destination-type clients, because you’re not going to really attract people just walking down the street like a traditional shopping center.”

The closure of the Powder Keg brewery in March has left the corner space at 101 Second Avenue unoccupied. Chris Finger, owner of the building, said his preference is to sell the property. While he reported that the building is under contract, it is in the beginning stages of the process with a projected closing date in October.

If he were to entertain leasing the 3,000 square-foot-plus space, Finger said, “The highest ideal would probably be another brew pub in there, but something that has food in it. I think that was one of the mistakes that they made. And I would think the second best use of it would probably be some type of a restaurant, I’m not sure what kind, but something that also had beer with it. Those would be the easiest and highest uses for the space.”

Finger said, “As has happened in other spots in Niwot, we could never quite imagine some of the places that could go in on that street. When you think of a veterinarian or a dentist, it’s just hard to imagine exactly what else will work well.”

Anne Postle, co-owner of several commercial and mixed-use buildings in Niwot, including the recently completed South Paw Commons at 204 Second Avenue, said all of her business’s leased spaces are occupied. New business tenants Mogli and Seven Wealth have settled in and the attached apartments and townhomes are fully rented as well.

“It appears that when a spot becomes vacant, there is a demand,” Postle said. ”At least our experience is that a spot doesn’t stay vacant for long. The real challenge is that it’s hard for retail to make it and have a steady income, because the whole face of retail is changing. A lot of businesses coming in tend to be more services or office users or combined, like Osmosis. The challenge for all of us is to get people to come to town and stay to walk around and experience the businesses that we do have.”

Postle reiterated that Colterra’s closing was a big loss. “It will be wonderful when a restaurant is up and running again in that location. They were a huge draw.”

Tim Conarro with Summit Commercial Brokers said of the general commercial leasing environment, “There’s a bigger demand for office in my view and it’s easier for landlords to lease that type of space. It’s just that retailers are somewhat rolling the dice hoping that their model works because of Amazon and everything else.”

Pat Murphy of Niwot Real Estate said, “There’s not very much vacancy in Niwot or Gunbarrel. I like small business and try to keep my rents reasonable. It can only go so high or they can’t stay in business. But commercial taxes are very high compared to residential taxes. They’re three times as much as residential. What this does is bill the taxes back to the small business, and it hurts them.”

Within Cottonwood Square shopping center there are two office spaces currently available in the two story building at 7960 79th Street. Integral Fitness and owner Jim Pasgucci’s rolfing business, Integrated Body Therapies, will be relocating from their location on east side of shopping center to two presently vacant spots on the west side of the center. That move will make available a space approximately 2400 square feet.

Two more retail/office spaces will be available in Cottonwood Square within the next few months. Chiropractor Dr. Leigh Charlie and Dr. Felicia Santelli will each be retiring in August and October respectively, freeing up their spaces for lease.

“Obviously we’d like everything to be filled, but we’re very happy with the activity,” Newman said. “Two tenants, the Niwot Tavern and Raza Fresa, have each done beautiful remodels to their spaces. In our projects, food businesses are a strength and a draw.”

Niwot Economic Development Director Catherine McHale said, “We’re feeling like Niwot has a really strong and vibrant business area. Whenever something comes on the market, it fills quickly.”

Just to the east of that shopping center is Gunbarrel Center. Broker associate, Beau Gamble with Dean Callan and Company said he felt the density of 600 new apartments in Gunbarrel has really helped to invigorate the retail environment.

“Activity is strong with two new deals underway for retail spaces,” Gamble said. “If they get done, then essentially all we’ll have left is two more retail spaces available. Once Bittersweet/Por and Raglin restaurants open and we start construction on these other two deals, there will certainly be a little more buzz in the area. And I expect the last two spaces will lease out relatively quickly. I know there has been some frustration and a lot of questions about what’s going on there, but it takes time for permits to come through and construction to be done. It’s just a process.” 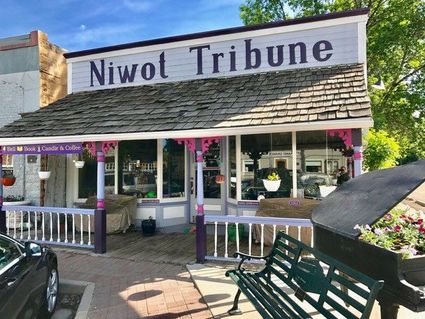 The historic Niwot Tribune space on the corner of 198 Second Avenue will be available for lease as of Sept 1. Vacancy rates for the area are considered very low, indicating a strong economy in the area.

Thysson Williams, who along with his sister Gemma Williams, are developing a mixed use project called Mockingbird at the Fabulous Gunbarrel Green, said that their proposed venture is progressing. The venture will be centered around a food stall concept and would include a small hotel and 25 residences along with several other community conveniences such as a satellite library, yoga studio, barber shop, and pub.

Williams said, “I’d say in the five-step process, we’re about two-and-a-half steps through. We’ve gone through the pre-application phase and we also went through the concept review where we had a public hearing with the planning board and were given a number of recommendations to implement. We also had an opportunity to be called up by the city council for a more formal review, but they elected not to do that on the merits of the program.”

They are now working with a Boulder architect on the schematic design, which they will submit for site review by October. Williams encourages those who are interested in the project to attend weekly meetings beginning in August, which are being held from 5 to 7 p.m. Wednesdays at 6700 Lookout Road, in the Matthews Realty Building.