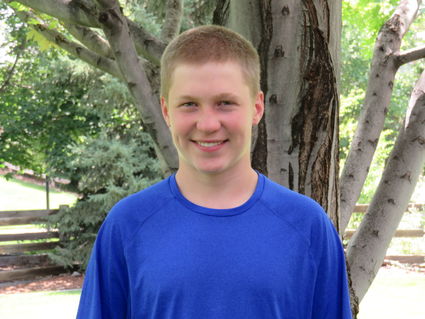 Courtesy Photo Niwot sophomore Jesse Horn has all the makings of a powerful future executive.

When asked about his favorite part of being a Rock & Rails gargoyle, Niwot sophomore Jesse Horn was quick to answer.

“I get to boss other gargoyles around,” he said, chuckling.

As a third-year volunteer at the weekly concert series, the 10th-grader has certainly earned that privilege. Often working alongside twin brother Thomas, Horn serves as one of the gargoyle team leaders, and is instrumental in keeping the grounds tidy during his shifts, whether from his own efforts hauling bins and collecting waste, or those of his middle school crew.

“Jesse has been volunteering as a gargoyle for the past couple of years and has shown great growth and responsibility,” Rock & Rails volunteer coordinator Jill Whitener said. "As a lead for the gargoyles they have an opportunity to help manage the resonsibilities for the evening. It clearly is quite an undertaking.”

But exercising his supervisory impulses isn’t the only benefit for Horn.

“I come here to help the community,” he said. “People don’t know what is compostable and what is recyclable. People also bring their trash here, so we have to tell them that there is no trash. You have to take it with you.”

Other benefits are more tangible, including the opportunity to listen to some great local rock bands.

“It’s actually really fun,” he said. “I get to hear great music and I get free food.”

Horn is looking forward to being a sophomore, and plans to go out for golf in the fall and track next spring. He also has a some hard-won advice for the younger gargoyles he supervises on Thursdays.

“Get better at what you do,” he said. “Then you can do it much easier and it goes much faster.”