Keesy is getting a kidney! 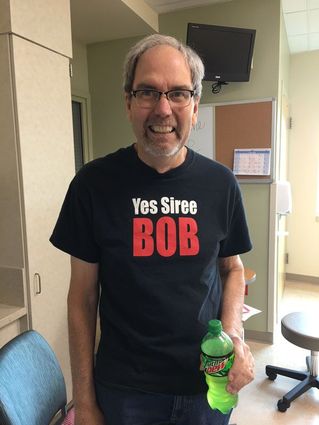 Bob Keesy wears his new T-shirt since getting the go-ahead for his upcoming kidney transplant surgery. Keesy found his living donor because of a T-shirt he wore saying he need a kidney.

Last September, Niwot’s Bob Keesy (65) got serious about getting himself a kidney. He’d been on the United Network for Organ Sharing (UNOS) waitlist since 2013. But, as his kidney function got much worse, the prospect of continuing to wait beyond what he had originally anticipated was not acceptable to him.